Catherine, an out-spoken Parisian laundress follows Napoleon’s army to the battlefront to be near her Sergeant Lefevre. The couple perform a deed of heroism which abets Napoleon’s victory, so that after the war the grateful Emperor bestows on the now married couple the title of Duke and Duchess. Catherine squabbles with Napoleon’s haughty sisters, scandalizes the nobility with her lack of courtly manners, flirts with the men – and consistently creates havoc as she remains true to her earthy background.

Also Featuring the Cast of Madame 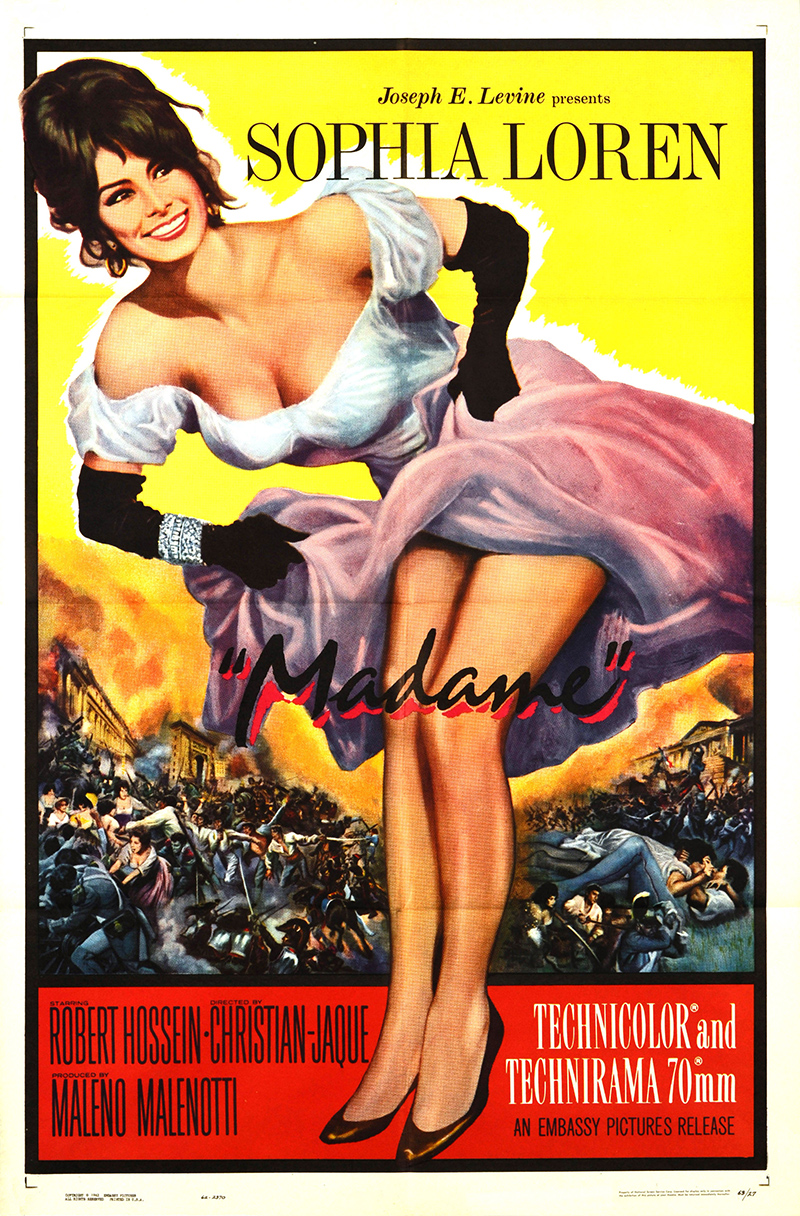