In 1952 while driving to California to start his life anew, twenty-something Mike Shea accidentally dies while doing a heroic act. Despite floundering in his life – he was having troubles holding a steady job and his supposed girlfriend was about to marry someone else – he was not ready to leave the living. In heaven, he learns that despite it being a fantastical other world existence, he still has human emotions, such as romantic love, which he feels for a “new” soul he meets named Annie Packert (i.e. she has never been among the living on Earth), who in turn loves him. He also learns that one’s next life is somewhat predetermined by their stay in heaven. So when Annie is sent to Earth for her first go around as a human, Mike pleads with the man in charge at heaven, Emmett Humbird, to locate him in his next human life at least in the same country so that he can find Annie. Emmett reluctantly agrees, but only gives Mike thirty years in his next life to find her. Those next lives of Annie and Mike are as Allison Chandler and Elmo Barnett respectively. Each carries a bit of their experience with each other in heaven to their new subconscious human being, Ally’s manifesting itself in an imaginary childhood friend named Mike, whereas Elmo grows up to be a drifter but one not sure for what he is looking. With Elmo receiving a little help from both Emmett and some people from his past life, will the match made in heaven find its way to Earth before the thirty year deadline?

Also Featuring the Cast of Made in Heaven 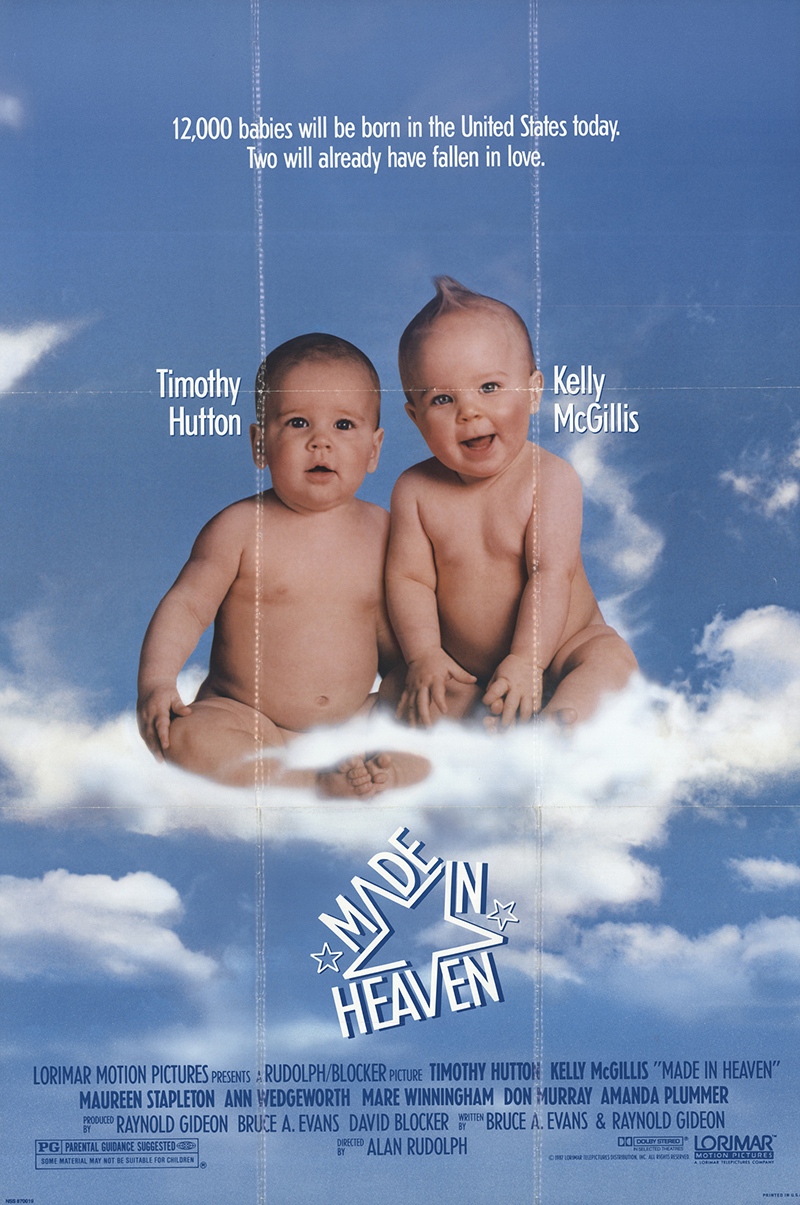