A man buys a house and comes to believe that not only is the house haunted by werewolves, but a family of vampires lives next door. The Maltese Bippy, the 1969 Norman Panama crime comedy (“Their New Full-Length Movie!”; “Hey Dick, tell the people what our new full-length movie as all about.”; “Axel, who is Wesling’s accomplice, murders him after he swallows the gems. Ernie and Sam tie up Axel and are feverishly preparing to cut open the corpse, which they find in Axel’s room, when Ravenswood bursts in. He is followed by Carlotta who shoots him and is shot in turn by Strauss who is shot by Joanna, a so-called house agent, also looking for the diamonds. She is knifed by Helga, Ravenswood’s housekeeper, who is shot by Fenster, a man posing as a buyer for the house. [And that’s just the first reel!]”; “Dick, it sure was fun making a flick with you! Well, ring my chimes! I thought we were posing for a center-spread in Playboy!”; “What’s a Bippy?”) starring Dan Rowan, Dick Martin (Rowan & Martin, most famous as the hosts of TV’s “Laugh In”), Carol Lynley, Julie Newmar, Mildred Natwic, and Fritz Weaver 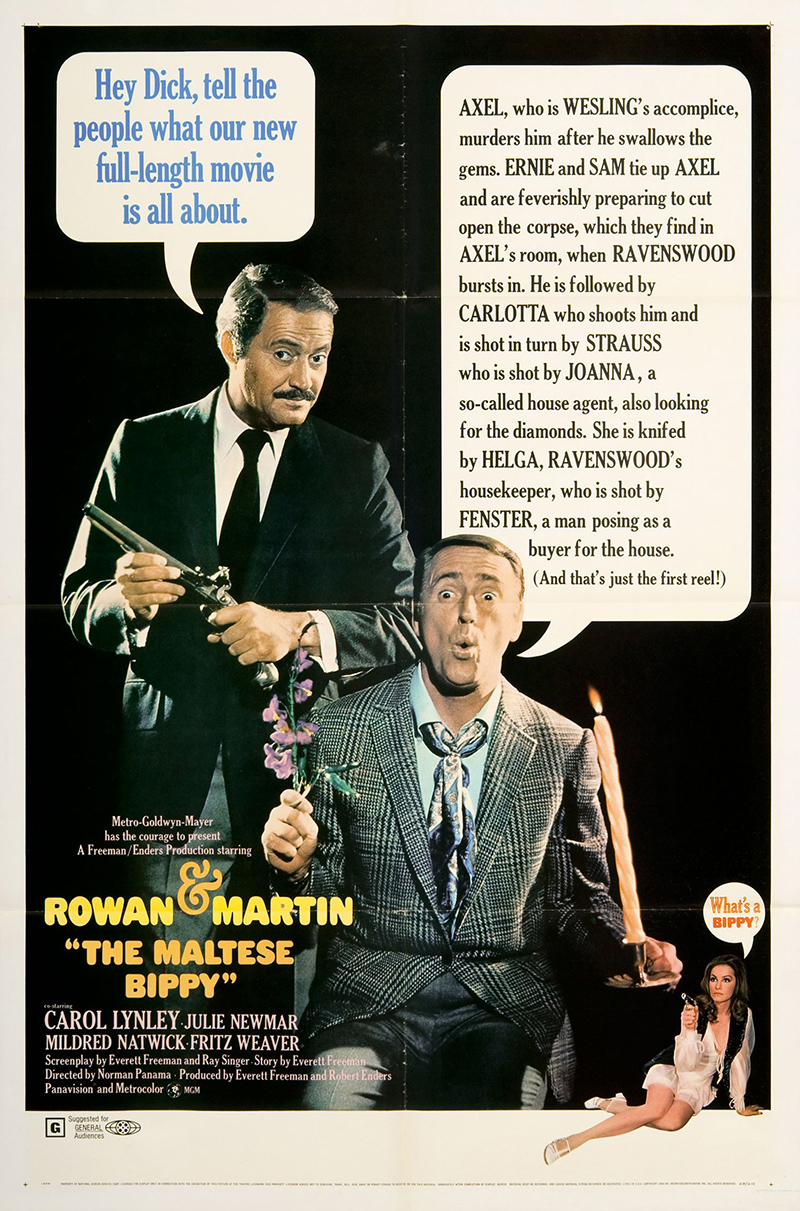