The suspicious death of Henry King during a hunting trip with his brother John leaves the inheritance of the rich Santa Rita Ranch to be shared with John, Henry’s daughter Doris and a young girl from New York, Twinkle Watts. King says that a son, Henry King Jr., who left home as a young boy was killed in a Texas gunfight. The unscrupulous John King, whose arrogance and power have earned him the nickname of King John, has turned down a million dollar offer from the railroad for right-of-way across the ranch, intending to postpone acceptance of the offer until – with the aid of crooked attorney Two-Way Hanlon – he has put Doris and Twinkle out of the way. Lee Grant and his pal Jimpson Simpson go to the aid of a railroad survey crew who are in a gun battle with King’s foreman, Ace Holden. Lee turns down an offer to work for King, saying he is looking for a ranch to buy. He also meets Tom Traynor, crusading newspaper editor and Doris’ sweetheart, who has been threatened with death if he continues his fight against King John. Lee investigates the situation and becomes convinced that King plans to kill the two remaining heirs since, in reality he is the long-gone son of Henry King, and has returned to find the killer of his father.

Also Featuring the Cast of The Man from the Rio Grande 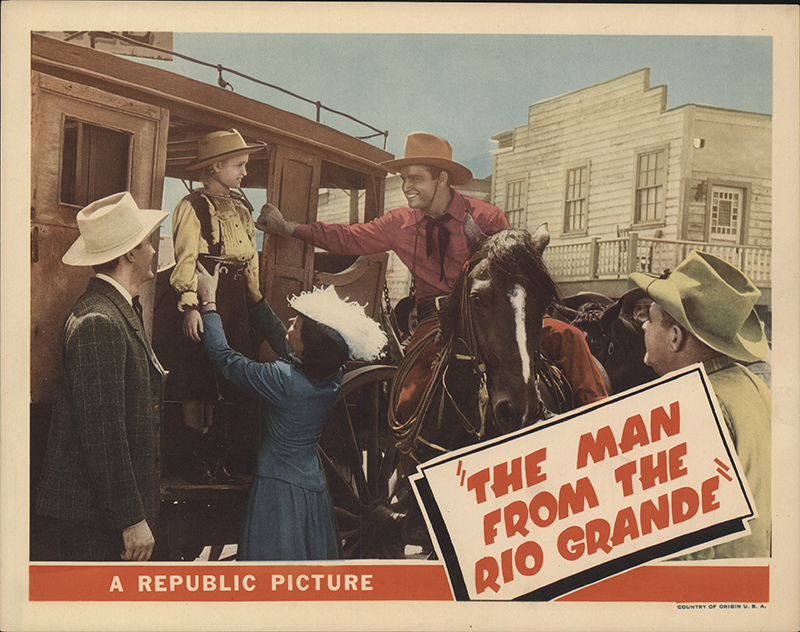