John Hamilton leaves a comfortable New York job to take up as an artist in a quiet Connecticut town. His dipso wife hates the life and falsely makes him out to be selfish, unsuccessful, and, worst, someone who hits her. When she suddenly disappears suspicion falls on him and the townsfolk take the law into their own hands. Hamilton finds his only allies are the local children he has befriended. The Man in the Net, the 1959 Michael Curtiz (one of the greatest and least heralded directors of all time!; he began directing in his native Hungary in 1912 under the name of “Mihaly Kertesz”; after 64 movies, he was signed by Warner Bros. and moved to the United States where he made many of the most memorable Warner Bros. movies of the 1930s and 1940s, including both “Casablanca” and “Yankee Doodle Dandy” in the very same year!; yet because he did not have a distinctive directorial style, he is rarely talked about by film critics) suspense thriller (“The most suspense-charged 97 minutes in motion pictures!”; “A Woman’s Passion Got Him In… A Woman’s Lures Can Get Him Out!”; “Don’t… Don’t… Don’t Tell the ending!”) starring Alan Ladd, Carolyn Jones (best remembered as Morticia Addams from TV’s “The Addams Family”), Diane Brewster, John Lupton, Tom Helmore, and Charles McGraw

Also Featuring the Cast of The Man in the Net 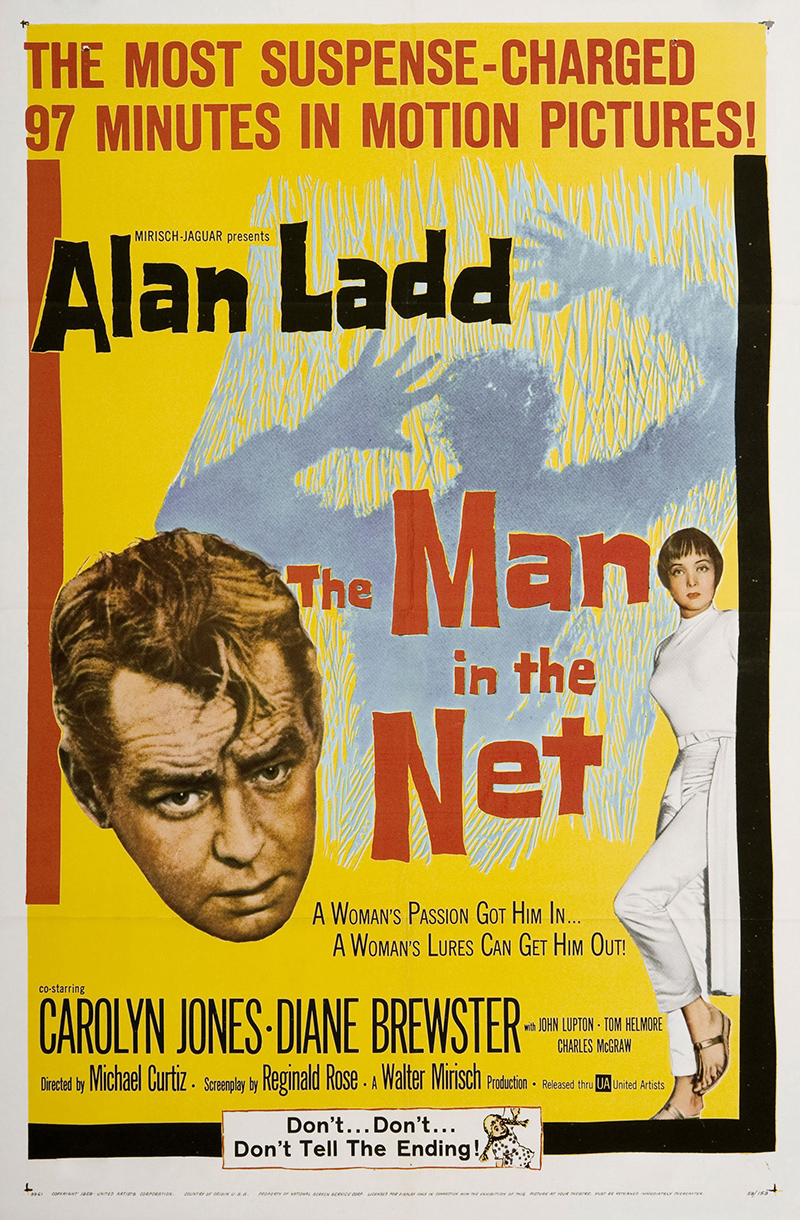