In the early 1800’s, a group of fur trappers and Indian traders are returning with their goods to civilisation and are making a desperate attempt to beat the oncoming winter. When guide Zachary Bass is injured in a bear attack, they decide he’s a goner and leave him behind to die. When he recovers instead, he swears revenge on them and tracks them and their paranoiac expedition leader down. Man in the Wilderness, the 1971 Richard C. Sarafian revenge-and-survival cowboy western adventure thriller (“They just couldn’t find the time to bury him. They should have.”; “He’s dead, they thought. He’s dead, they hoped.”; “Written by Jack de Witt”; about a man who is attacked by a bear and left for dead by his companions but who manages to survive and then seeks revenge) starring Richard Harris (in the title role), John Huston (“as Captain Henry”), Henry Wilcoxon, Percy Herbert, Dennis Waterman, John Bindon, and Ben Carruthers

Also Featuring the Cast of Man in The Wilderness 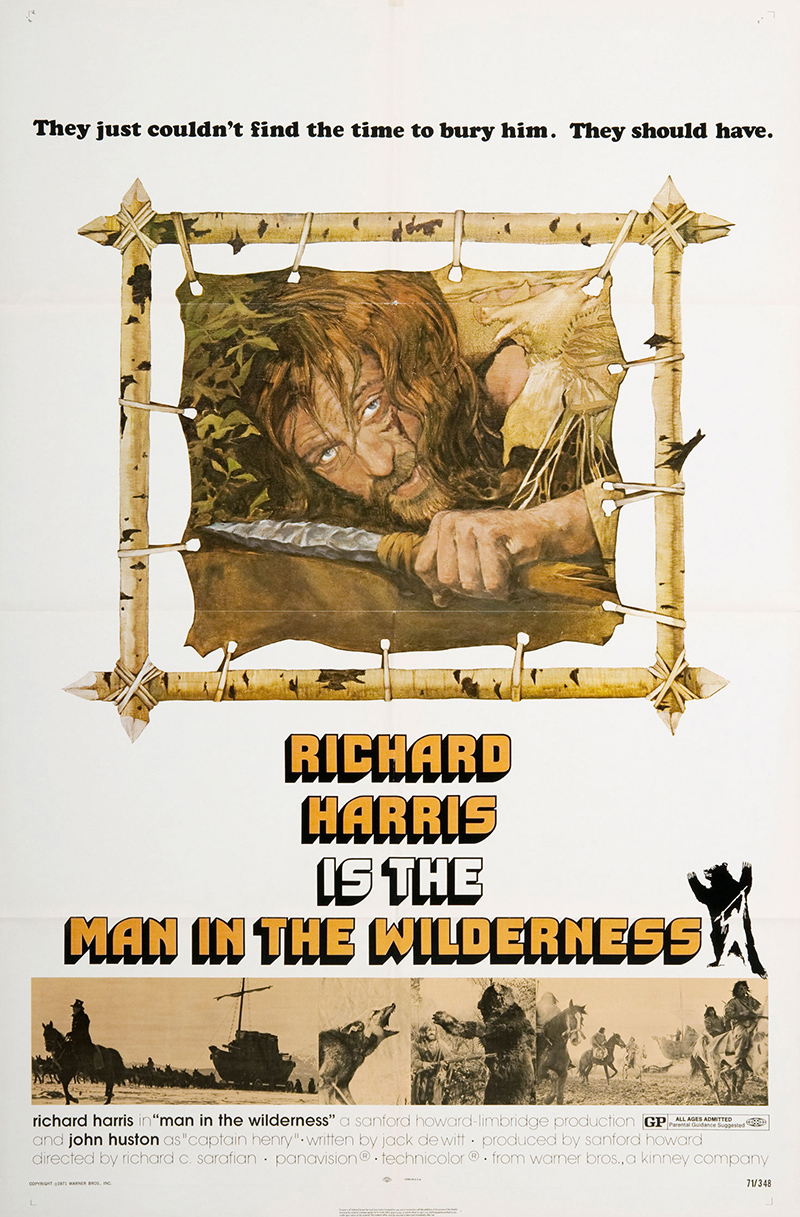