While working as a counselor at a summer camp, college-student Marjorie Morgenstern falls for 32-year-old Noel Airman, a would-be dramatist working at a nearby summer theater. Like Marjorie, he is an upper-middle-class New York Jew (born ‘Ehrman’), but has fallen away from his roots, and Marjorie’s parents object among other things to his lack of a suitable profession, such as medicine or law. Noel himself warns Marjorie repeatedly that she’s much too naive and conventional for him, but they nonetheless fall in love. As they pursue an on-again-off-again relationship, Marjorie completes her studies at Hunter College, and works to establish an acting career, while Noel first leaves the theater for a job with an advertising agency, but later completes a musical he’d started writing before he and Marjorie had first met. Meanwhile, their relationship deepens (though, consistent with ’50s Hollywood mores, the more full-fledged sexuality in their relationship is never explicitly communicated). They plan to marry, but after the musical’s critical failure on Broadway, Noel runs away. Marjorie finally tracks him down at the summer theater where they first met–and, realizing that this is probably where he belongs, finally gives up on the relationship. Helping her to move on with her life is Wally, once Noel’s assistant, now a very successful Broadway playwright, and all along, Marjorie’s unrequited lover. The movie ends with a clear implication Wally and Marjorie will finally be a couple. 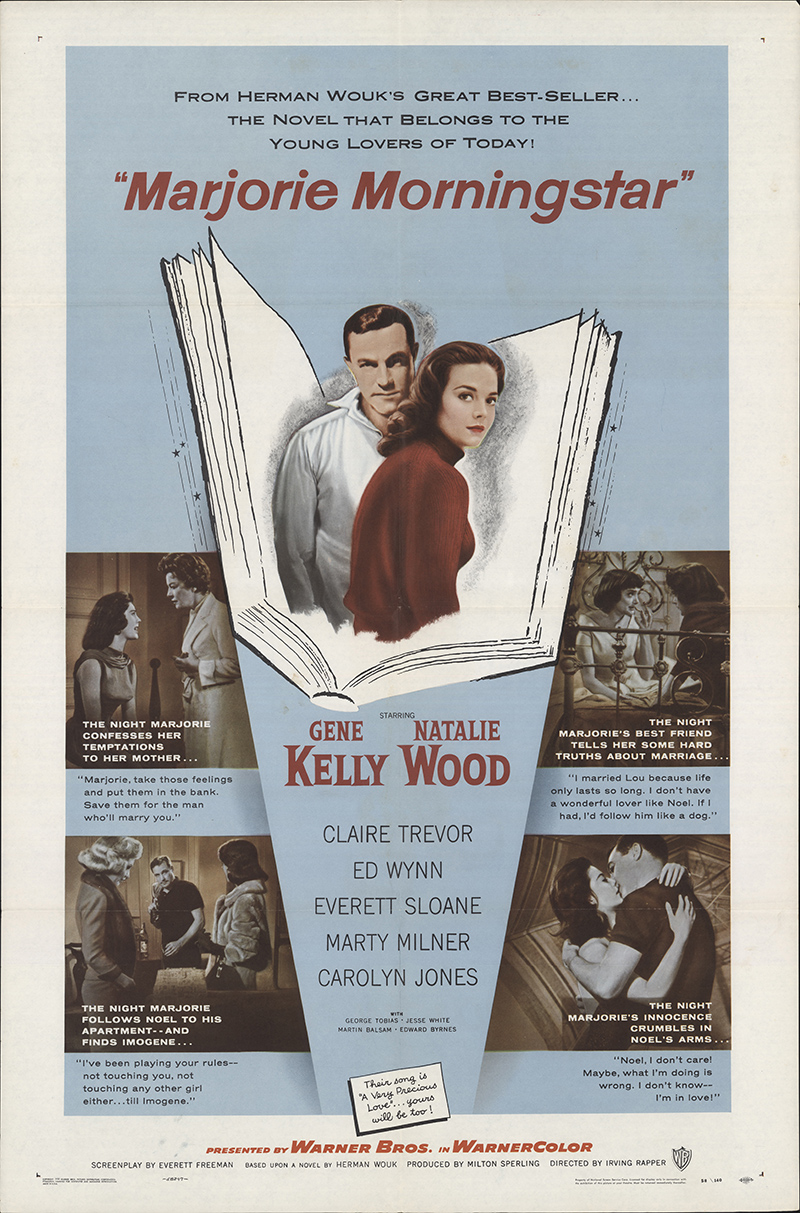