Following completion of the “Trail Blazers” series, Bob Steele and Hoot Gibson were paired in three other Monogram westerns, with the only connection to the “Trail Blazers” series being Steele and Gibson in the cast and production and distribution by Monogram, with various Monogram people serving as production supervisors i.e., William Strobach on this entry and Victor Hammond on the other two. This one finds Jack Slade (Mauritz Hugo) and Mary Conway,alias Blanche (Veda Ann Borg), being recognized as known and wanted crooks by deputy marshal Harry Stevens (Steve Clark) and, when he orders them out of town, Slade kills him. His son, Bob Stevens (Bob Steele) and friend Parkford (Hoot Gibson) become U.S. Marshals and proceed to rid the town of the cut-throat gang that has been terrorizing the citizens. Bob goes undercover as an outlaw and works his way into the gang, while Hoot poses as a Dude who goes about making fiery speeches on behalf of law and order. The Gibson role here is limited in the action scenes to none, as he and his Monogram stunt double, Ben Corbett, were both getting a bit long in the tooth for such, and the nominal second lead was played by a relative newcomer to the screen, Ralph Lewis (II) as a good guy/bad guy outlaw, who is not the same as the older Ralph Lewis (I) who was making films in the 30’s. Rule of thumb here for those who don’t know what either one looks like is that any Ralph Lewis credit in the 1930’s belongs to (I) and any occurring circa 1943-47 belongs to (II). 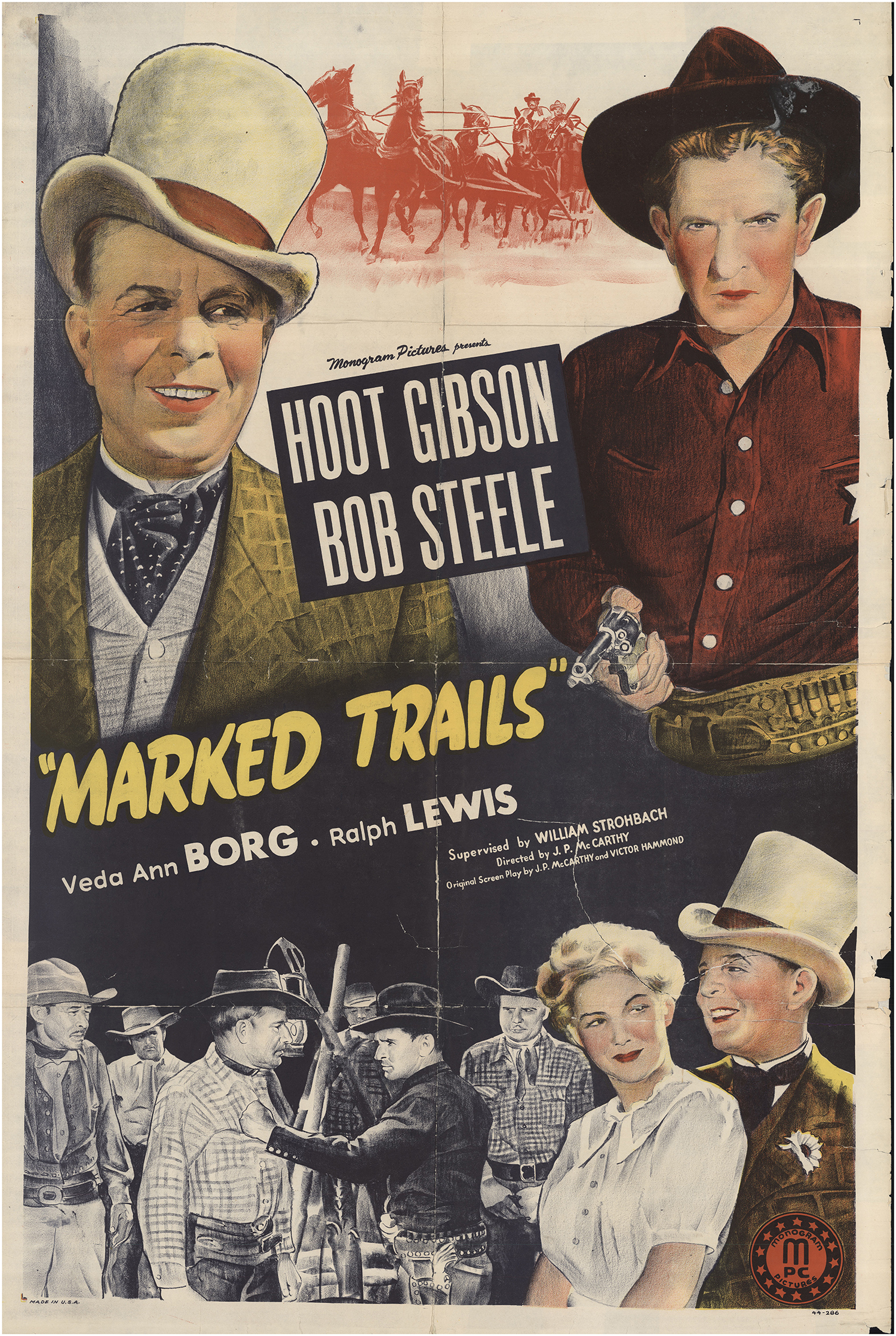