Condition Note: Condition: Good. Slight edge wear, some creasing in corners and on borders, some wrinkling and scuffing throughout, pinhole's throughout, single-sided, stored flat

Mike Martin becomes a deputy United States marshal in early-day Texas because of his almost unbelievable marksmanship. (That he has a rifle with a special scope doesn’t hurt anything.) He hates the thought that he has been hired as a killer instead of a lawman but his superior, Marshal Bob Scott, sets him straight. For years a master gang of rustlers has raided government grazing lands and Lieutenant-Governor Watson orders Scott to get them. Scott, disguised as a prospector, is killed when he spots the outlaws deep in the Sangre de Christo range. Head of the rustlers is rancher Champ Wylie and his gang includes his foreman Santee and a crack gunman, Kincaid. Visiting Wylie is his novelist niece Jane Warren. When Scott is not heard from, Mike, also posing as a prospector, goes to find him, and meets Jane. He eventually solves the rustling mystery, but is recognized as a lawman. In a gun battle in the hills, Mike kills Wylie and his men, and ends up with Jane in his arms.

Also Featuring the Cast of The Marksman 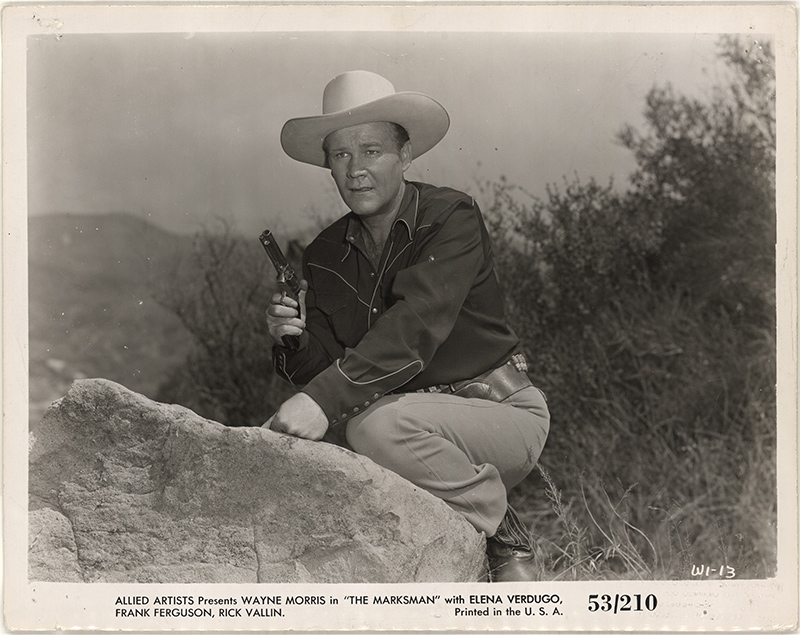