Texas Rangers Tim Holt (Tim Holt) and Chito Rafferty (Richard Martin are sent to Wilcox, Texas to investigate the raids on Hoyt Corthell (Frank Wilcox) by a band of masked raiders led by the Diablo Kid. Posing as cowhands, they are stopped and taken to the Trevitt Ranch where they meet Gale Trevitt (Marjorie Lord), her younger brother Artie (Gary Gray) and her Uncle Henry (Houseley Stevenson), father of Trig (Tom Tyler, Matt (Clayton Moore) and Luke (Jay Kirby) , who have taken Tim and Chito captive. Tim is wounded, during a holdup, by Doc Nichols (Charles Arnt) as he is about to capture one of the raiders, actually the Trevitt family led by Gale posing as the Diablo Kid. Tim and Chito eventually learn that all of the local ranchers are being victimized by Corthell, and that Gale and her family are just taking back and returning what has been stolen by the Corthell gang, working with the crooked town Marshal, Barlow (Harry Woods). 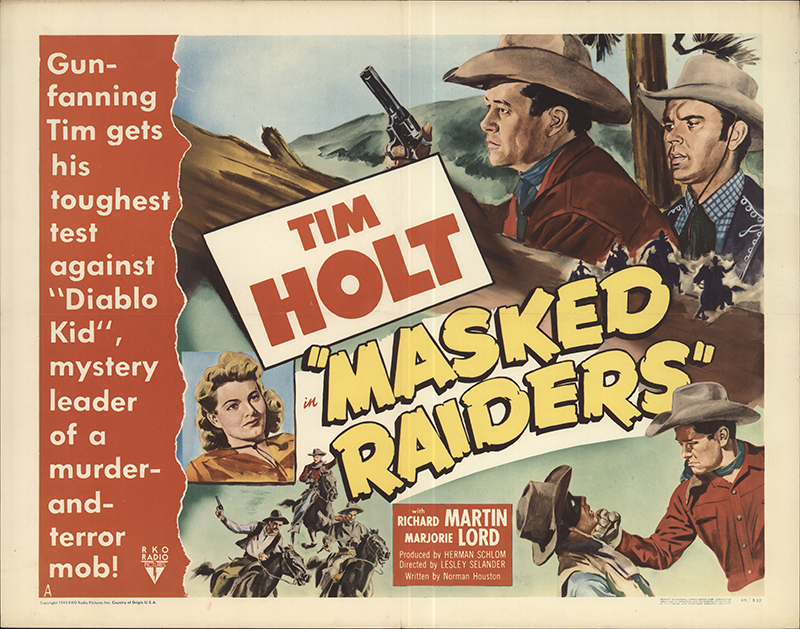