Condition Note: Condition: Poor to Fair. Previously folded, heavy fold wear, wrinkling and scuffing throughout, creasing in bottom corners, tears along left and right borders and bottom border with some missing paper in bottom right corner, tape reinforcement on back, top of card has been trimmed, single-sided. Stored flat

Dodge City Sheriff Bat Masterson is out to prove that a group of cattlemen have framed Merrick for murder because he negotiated a treaty granting the Kiowas a reserve in the grass country that the cattlemen wanted for their own grazing land. Knowing that the tribes will wage war again if Merrick is executed, Masterson begins a search for Clay Bennett who testified he saw the murder. Joining him in the hunt is Marshal Wyatt Earp and Doc Holliday, both for different purposes. Although Masterson and Holliday have a long standing feud, the latter is persuaded by Merrick’s daughter Amy to help.

Also Featuring the Cast of Masterson of Kansas 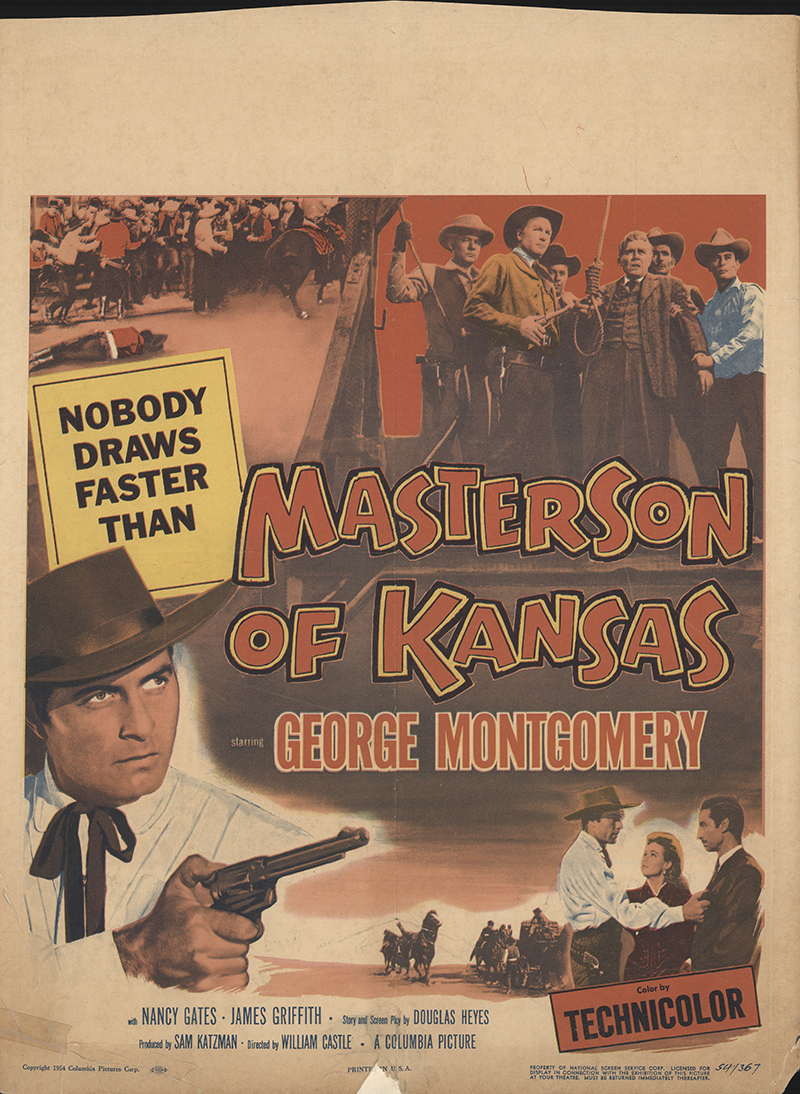 You're viewing: Masterson of Kansas $35.00
Add to cart