It’s 1884 in Yonkers, New York. Dolly Gallagher-Levi is a Jane-of-all-Trades, but her latest and most lucrative venture is as a matchmaker, setting men up with women with the intention of matrimony. This job is ironic as she was previously married herself, not enjoying the experience. Her latest client is older penny-pinching retail store owner, Horace Vandergelder, who works his two young meek clerks, Cornelius Hackl and Barnaby Tucker, to the bone. As Horace won’t give them a day off, Cornelius and Barnaby plot to close the store and sneak into New York for the day, their mission to meet and kiss a girl. In New York, Cornelius spots Irene Molloy, a young female milliner upon who he sets his sights. On their meeting, Cornelius is unaware that she is also one of Horace’s possible brides. Beyond what happens between Horace, Cornelius and Irene, Dolly herself may be ready for matrimony again despite her words to the contrary. The Matchmaker, the 1958 Joseph Anthony romantic comedy (“You’ll laugh… You’ll love… The Matchmaker”; “From the play by Thornton Wilder”; this play was later the basis for the movie “Hello Dolly”) starring Shirley Booth (as Dolly “Gallagher” Levi), Anthony Perkins, Shirley MacLaine, Paul Ford (best remembered as Colonel Hall in TV’s “Sergeant Bilko”), and Robert Morse

Also Featuring the Cast of The Matchmaker 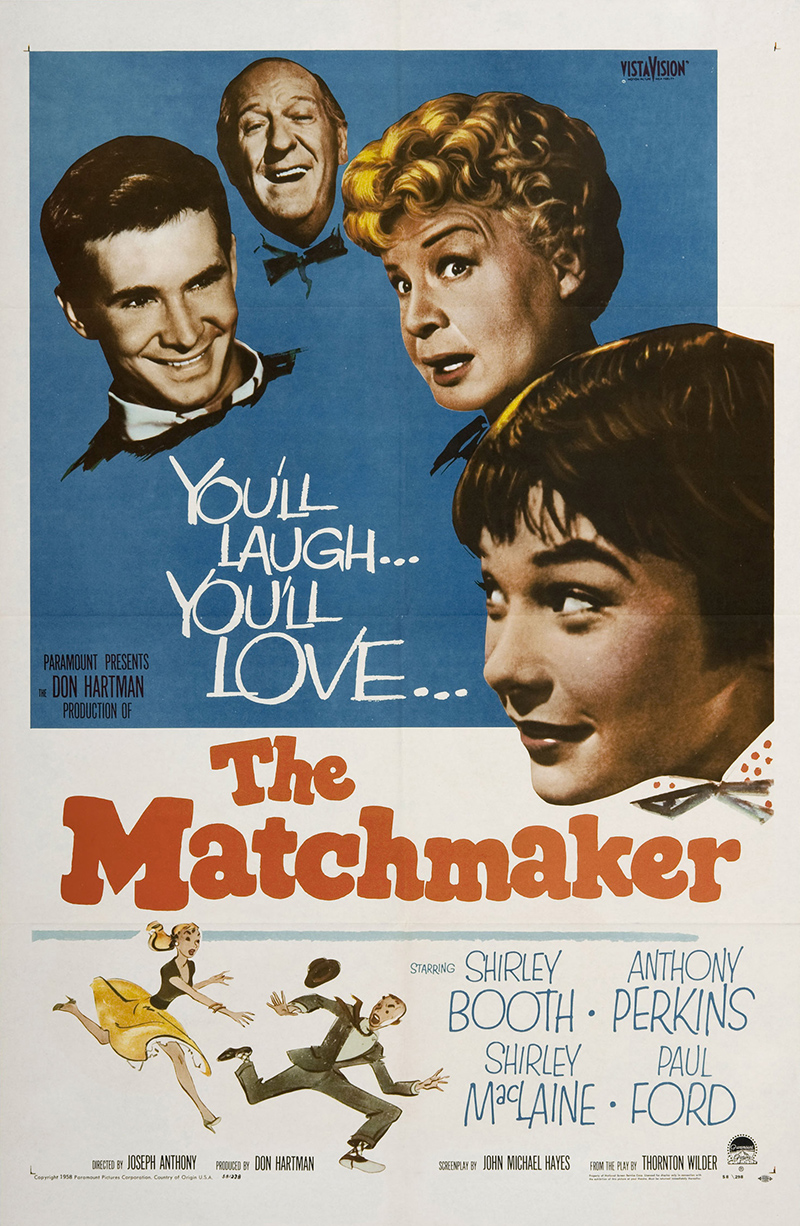