In 1957, Cyprus is fighting a war of independence against the occupying British forces.Juno, an American archeology student visiting Cyprus, is caught between the two warring sides.Juno witnesses an attack by local guerrillas against British soldiers and she is questioned by Major McGuire, the local British Army intelligence officer in charge.Juno’s knowledge of the attack places her in danger because Haghios, one of the local guerrilla fighters, plans to kill her in order to silence the witness.However, Haghios is attracted to Juno and resents Juno’s romantic interest in British Intelligence Major McGuire.The more Juno’s romantic relationship with Major McGuire grows the more Haghios wants to kill her.Juno’s life depends on Major McGuire’s vigilance who needs to protect his witness by all means. 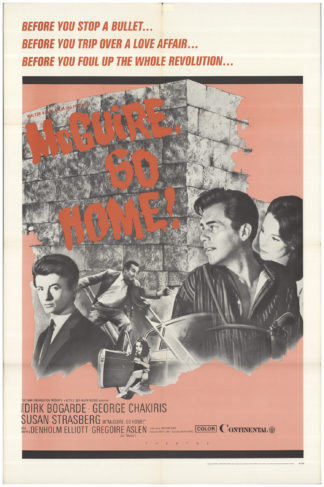