John Morlar is watching the British television broadcast when an anchorman states that American astronauts are trapped in orbit around the moon. Suddenly someone in Morlar’s room picks up a figurine and strikes him on the head repeatedly. His blood splatters the television screen. A French police inspector, Brunel, arrives at Morlar’s apartment to begin an investigation. At first he thinks Morlar is dead, but soon he hears him breathe. At the hospital, Morlar is hooked up to life support systems, one machine in particular monitors the activity of his battered brain. Brunel discovers that Morlar has been in psychological analysis because of his history of being witness to many disasters, other people’s disasters. Dr. Zonfeld, Morlar’s analyst, explains that Morlar’s delusions had begun when he was a child. He believed that he had caused a hated nanny’s death. Morlar’s childhood delusions were reinforced at a resort when he overheard his parents discussing him with disapproval. When his parents strolled on top of a cliff, Morlar watched as the family car suddenly pushed them off the cliff to their deaths. One evening, Brunel pores over the mysteries of Morlar’s diary and through his scrapbook of disastrous events. Gradually, Brunel begins to develop an opinion of what Morlar was like and begins to wonder if he is chasing a murderer or a victim.

Also Featuring the Cast of The Medusa Touch 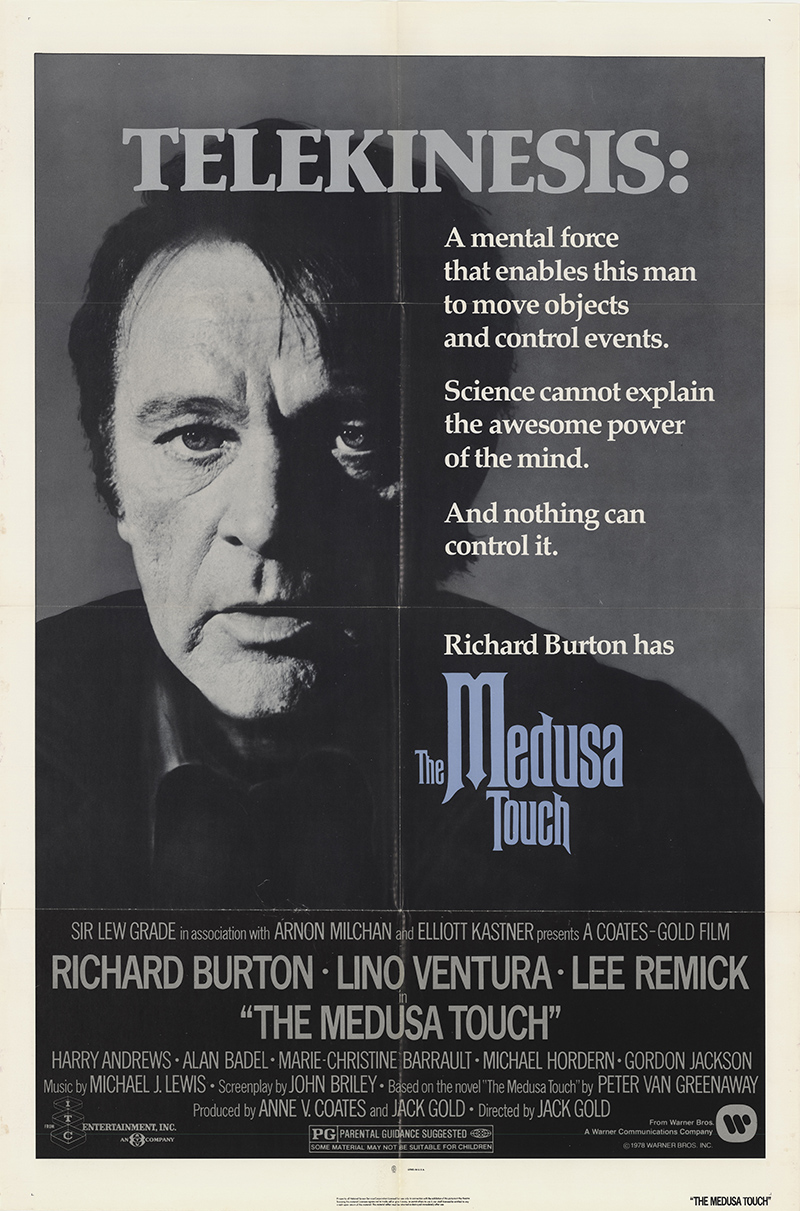