The summer of 1942 brought Naval stalemate to the Pacific as the American and Japanese fleets stood at even numbers each waiting for the other to begin a renewed offensive. “Midway” tells the story of this historic June battle where a Japanese carrier force, in an attempt to occupy Midway island and lure the American fleet to destruction, was meet valiently by US forces operating off of three aircraft carriers and numerous escort ships. It was the first battle in which naval air power was extensivly used, and at its conclusion the Japanese Carrier force had been completly destroyed which lead the way for the US 1943 and 44 offensives which would eventually bring the Pacific War to a close.

Also Featuring the Cast of Midway 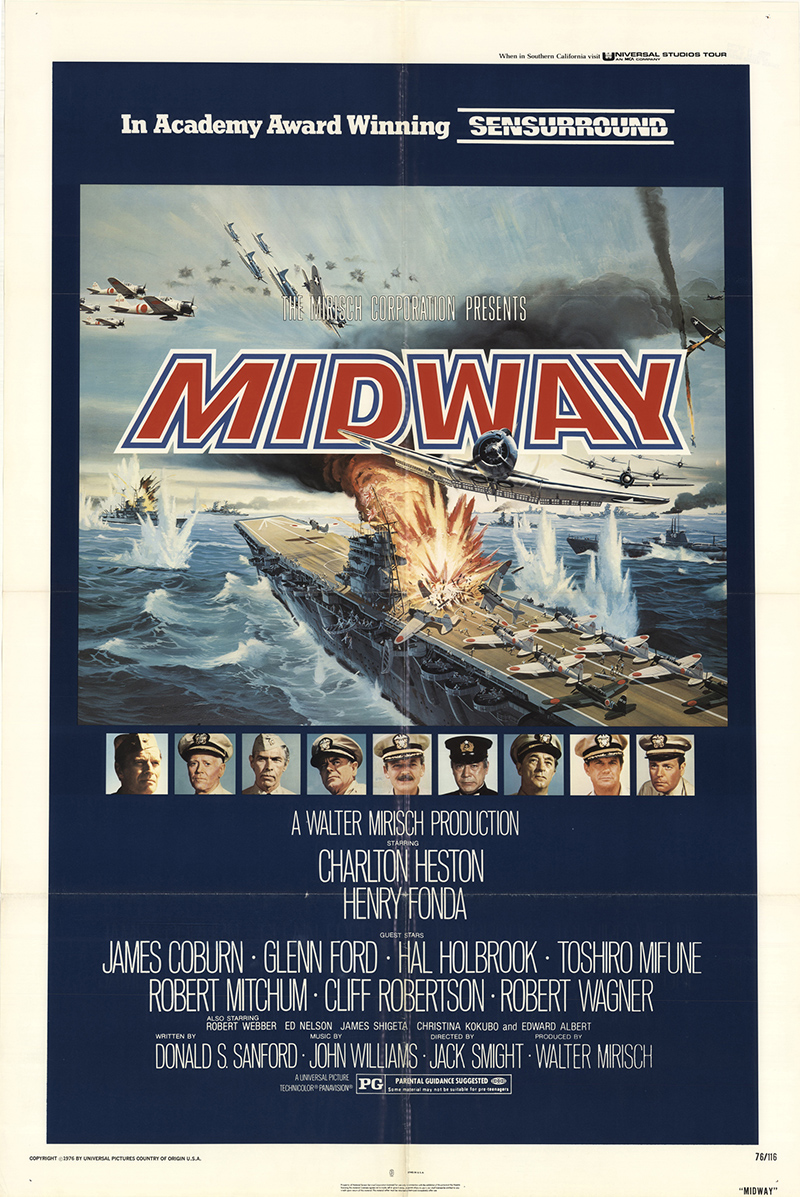