Condition Note: Fold wear, fold separation, wrinkling scuffing and staining throughout, pinholes throughout, tears in top corners and top middle border with some missing paper, tears and edge wear along all borders, heavy staining along top and bottom borders, single-sided

Million Dollar Mermaid tells the story of Australian swimming sensation Annette Kellerman, who overcame childhood polio to go on and achieve fame as a professional swimmer and film star in the early decades of the 20th century. At the same time, she scandalized the world by wearing a one-piece bathing suit on public beaches long before the style was accepted in polite company, and made waves in other ways as well. The story was a perfect vehicle decades later to showcase the star quality of Esther Williams in the 1950s, and Kellerman’s moniker was picked up by Life Magazine when it named Ms. Williams the “Million Dollar Mermaid” herself. 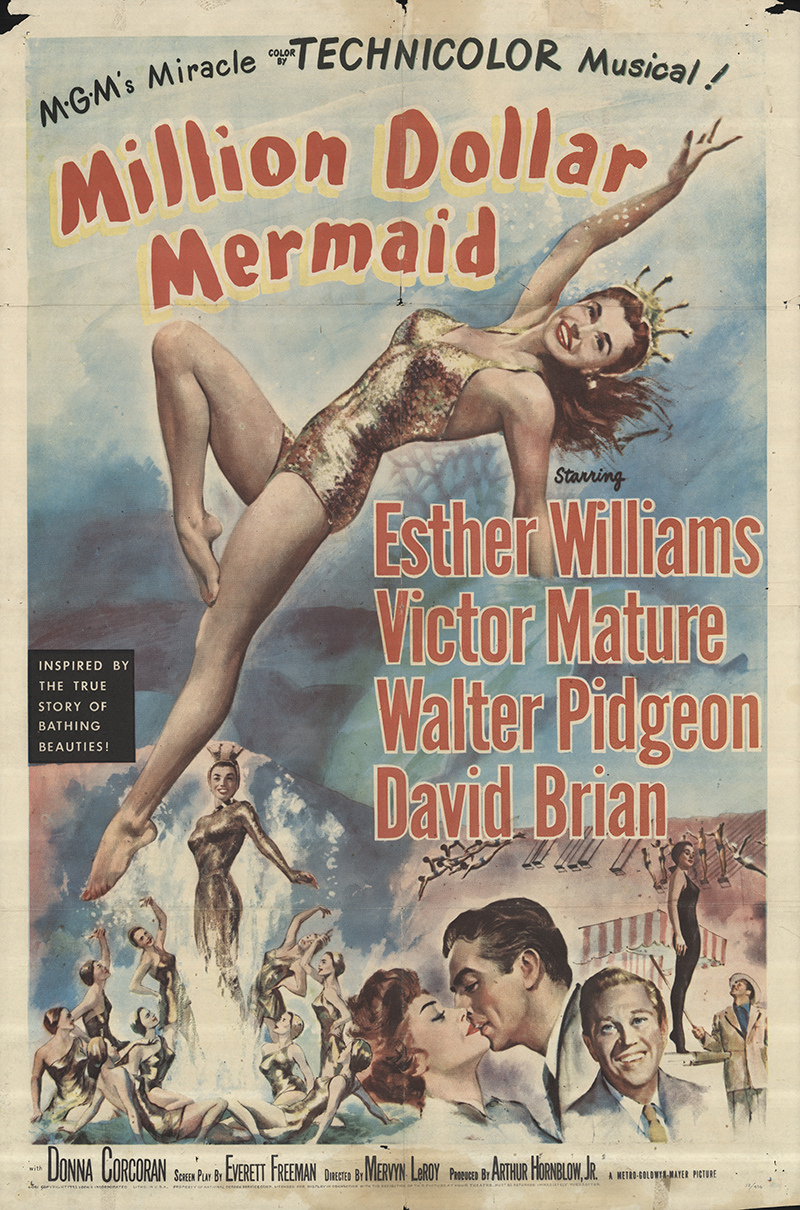