David Miller is a Vietnam vet who renounced violence and became a minister after he was forced to blow up a Viet Cong kid in self defense, but years later, when David’s wife Gail and daughter Kim are killed by a group of terrorists led by Ali Aboud, in a massacre at an airport in Rome, Italy, David is devastated. The State Department, led by Mr. Whiteside, pretty much ignores David’s pleas for justice, even refusing to tell David where Aboud is. David investigates, and discovers that Aboud is now in Lebanon. David spends some time training under his old friend, Colonel Freeman, then David arms himself to go to Lebanon and get revenge on Aboud, and in Lebanon, David meets Reverend Bloor, who is part of a mission in Lebanon. Whiteside wants Aboud to be protected because Aboud is an operative working for the United States government, so Whiteside sends Freeman to Lebanon to keep an eye on David, and Whiteside has also ordered Freeman to kill David if David tries to kill Aboud.

Also Featuring the Cast of Ministry of Vengeance 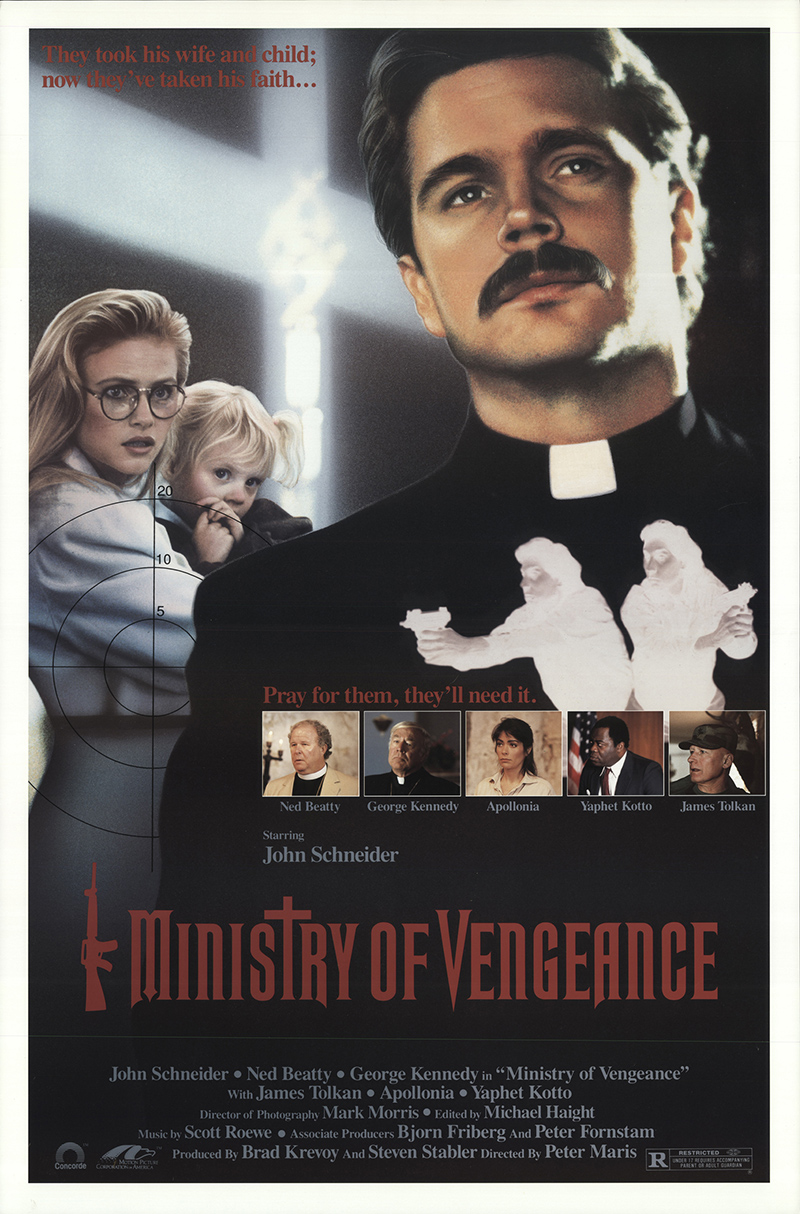 You're viewing: Ministry of Vengeance $35.00
Add to cart