The latter-day Mister (Joe) Moses is a snake-oil pitchman who is chased out of an African village and is found, literally, in the bull-rushes by Julie Anderson, daughter of missionary Reverand Anderson who has learned that he is a diamond smuggler and threatens to expose him to her fianc_ Robert; the district commissioner if he doesn’t help lead an African native tribe to their new homeland. With the aid of a pitchman’s accessories, including an ability to set fire to a bush, a friendly elephant and his carnival wagon, the schemer is forced to lead his newly found friends out of their settlement which is condemned to be flooded by a new dam. Mister Moses, the 1965 Ronald Neame Africa jungle safari adventure thriller (“Joe Moses is his name… Stealing Africa is his game!”; “So how did he inherit an elephant, a blonde and a tribe of restless natives?”; “He’s so shy. He’s so popular. He’s so friendly.”; “Join this safari and find out!”; “From the Novel by Max Catto”) starring Robert Mitchum, Carroll Baker, Ian Bannen, Alexander Knox, Raymond St. Jacques, Orlando Martins, and Reginald Beckwith 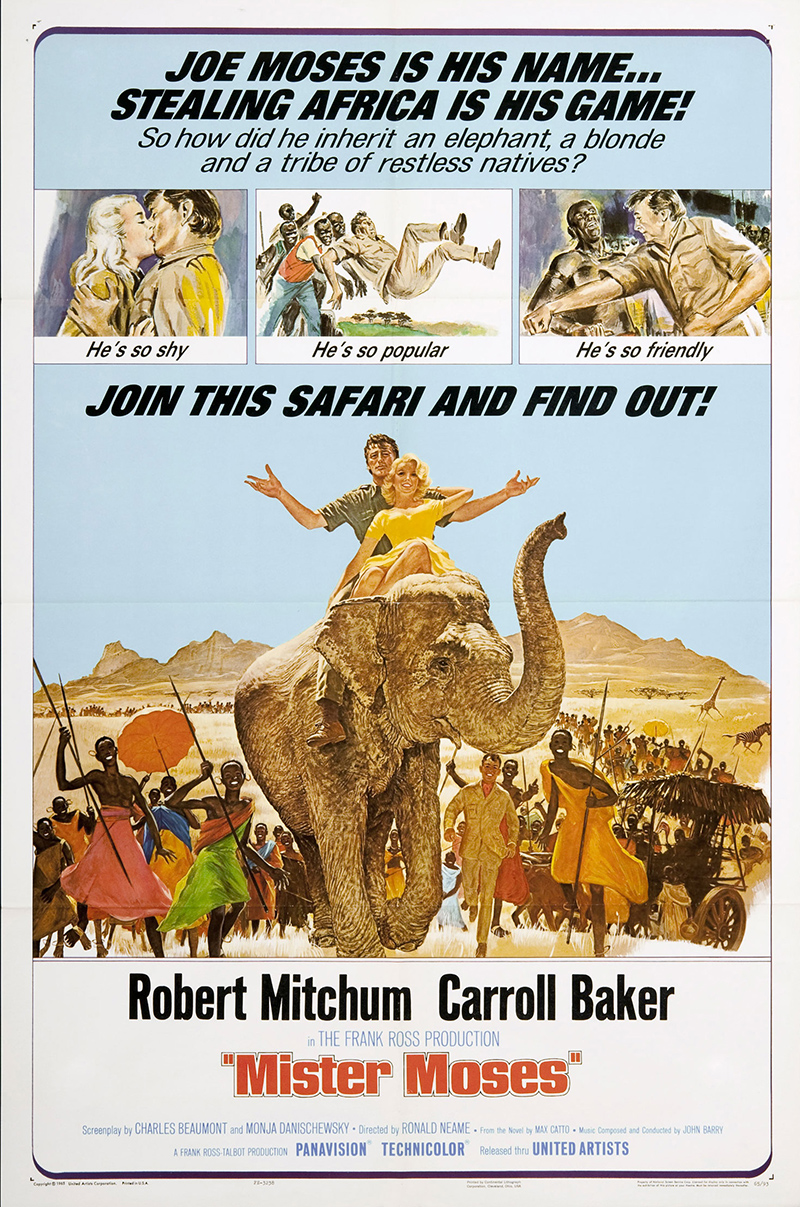