In a coma, Stu Miley a cartoonist who created a comic strip called Monkeybone which features a rascal monkey. He finds himself trapped within his own underground creation and must find a way to get back, while racing against his popular but treacherous character, Monkeybone. Naturally, Monkeybone himself is there, and he and Stu quickly start fighting like cats and dogs. When Stu realizes that his sister, due to a pact they once made, is preparing to pull the plug on him, Stu makes a deal with Hypnos, the god of sleep, to help him steal a golden ticket from Death himself. But when Monkeybone takes over Stu’s body and escapes to wreak havoc on the real world, Stu has to find a way to stop him before his sister pulls the plug on reality forever!

Also Featuring the Cast of Monkeybone 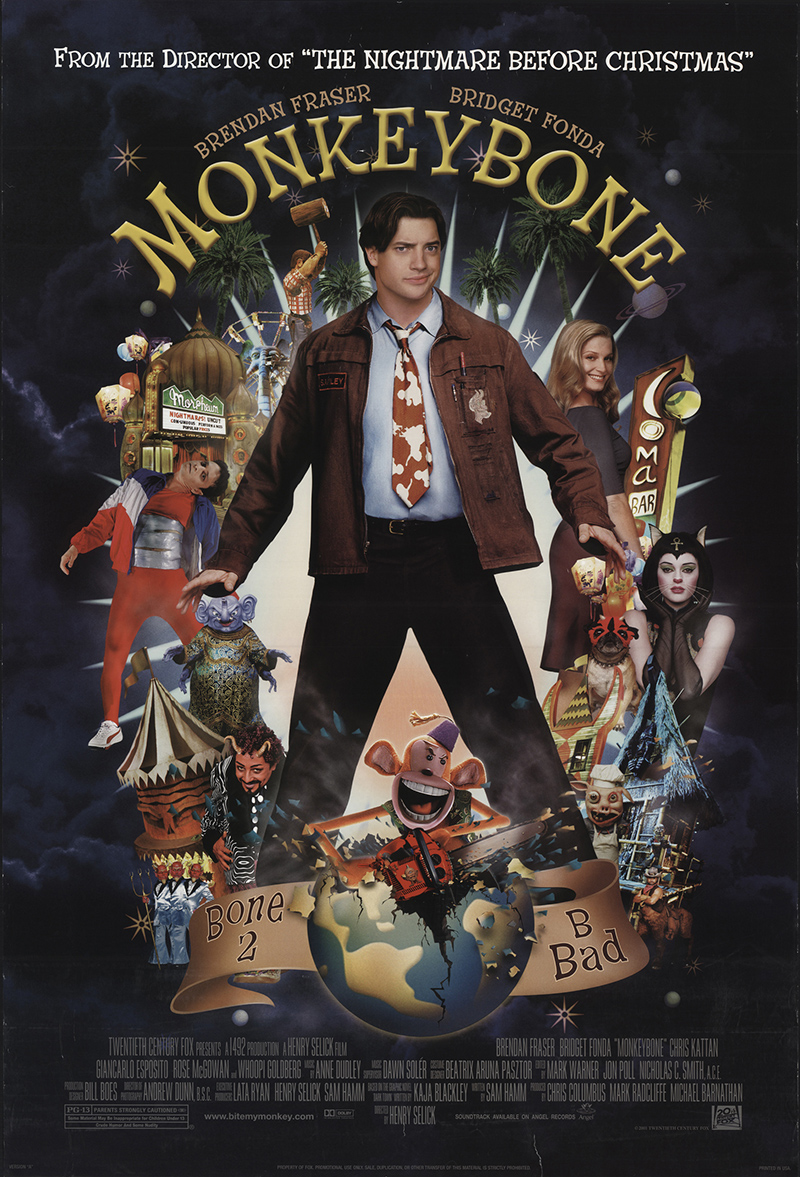