A wonderful fairy tale of the misadventures of a beautiful but temperamental Neapolitan peasant, Isabella, when she meets the ill- tempered Spanish Prince Rodrigo Ferrante y Davalos. The King of Spain has ordered Rodrigo to choose a wife among seven Italian Princesses, but he is smitten by the lowly peasant. With the help of both witches and saints, Isabella conquers the heart of her Prince after many amusing events–including an outrageous dishwashing contest of the peasant against the Princesses. C’era una Volta (released in the U.S. as “More Than a Miracle”), the 1967 Francesco Rosi Italian/French romantic fairy tale fantasy sex melodrama (“Who ever thought that making love could be such a glamorous, romantic, spectacular adventure?”; about a peasant falling in love with a prince) starring Sophia Loren (“more beautiful than ever!”), Omar Sharif (“more exciting than ever!”), Georges Wilson, Leslie French, and Dolores del Rio (billed as “Guest Star Dolores Del Rio”)

Also Featuring the Cast of More than a Miracle 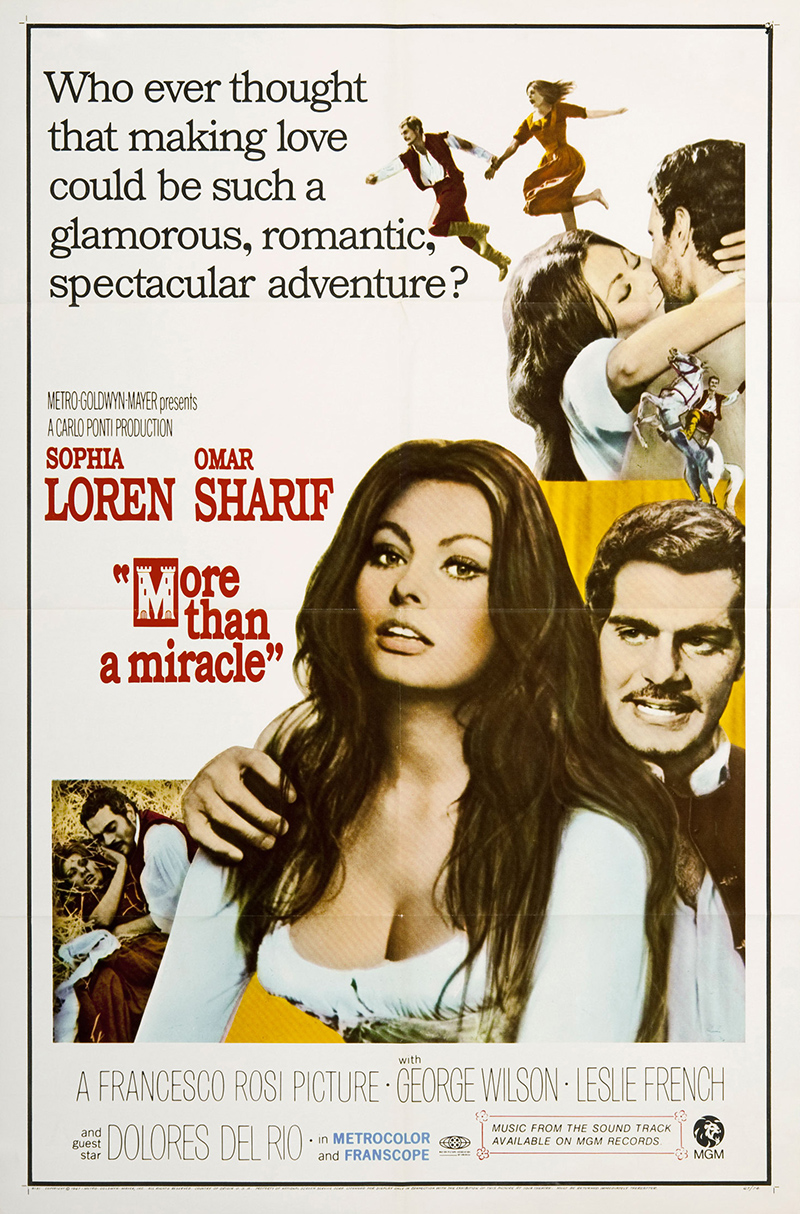