Condition Note: Very good, theater-used, info about each is printed on the back

The 1962 Lewis Milestone high seas adventure melodrama (“The Greatest Adventure Ever Lived Becomes The Greatest Adventure Ever Filmed!”; based on the classic trilogy of novels by Nordhoff and Hall; nominated for the Best Picture Academy Award) starring Marlon Brando, Trevor Howard, Richard Harris, and Hugh Griffith. Note that star Marlon Brando had a fascination for Tahitian women, which was a major factor in his wanting to make this movie. Before this movie he sought out Movita, who had starred in the 1935 version with Clark Gable, and had two children with her. After the filming of this movie, he had an affair with Tarita (who played the role Movita had played in 1935, and he had two children with her as well!)!

Also Featuring the Cast of Mutiny on the Bounty 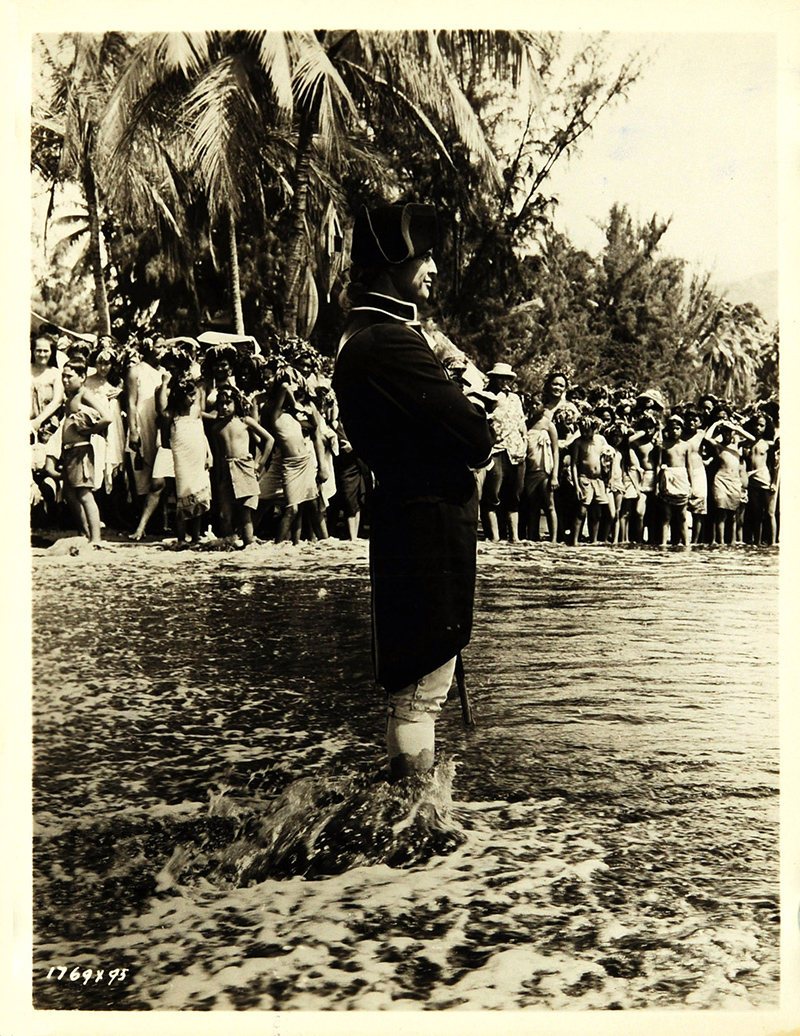 You're viewing: Mutiny on the Bounty $0.00
Add to cart