Condition Note: (VF-NM) No pinholes or stains. Slight fold separation on center fold. Lower right corner near the NSS numer there is a movie "snipe" with an applied "X" rating sticker. Folded

Myron Breckinridge is waiting for his sex-change operation while a stoned surgeon stumbles into the operating room. Before the drugged doctor begins Myron’s operation, he counsels him. Myron persists and the doctor goes through with it. An enthusiastic audience observing the operation applauds the medical achievement and rises in a standing ovation. After the operation, Myron arrives in Hollywood as Myra while in the rest of the film Myron pops up from time to time as Myra’s alter ego. Myra goes to an acting academy owned by her uncle, Buck Loner, a former cowboy star. The real reason for Myra’s arrival is to claim her half of Uncle Buck’s estate, which she says she’s entitled to. Buck Loner stalls by giving her a job teaching the history of motion pictures. Buck Loner has several friends. One of them is Letitia Van Allen, an ancient Hollywood talent scout. The sex-starved septuagenarian runs an acting agency “for leading men only.” 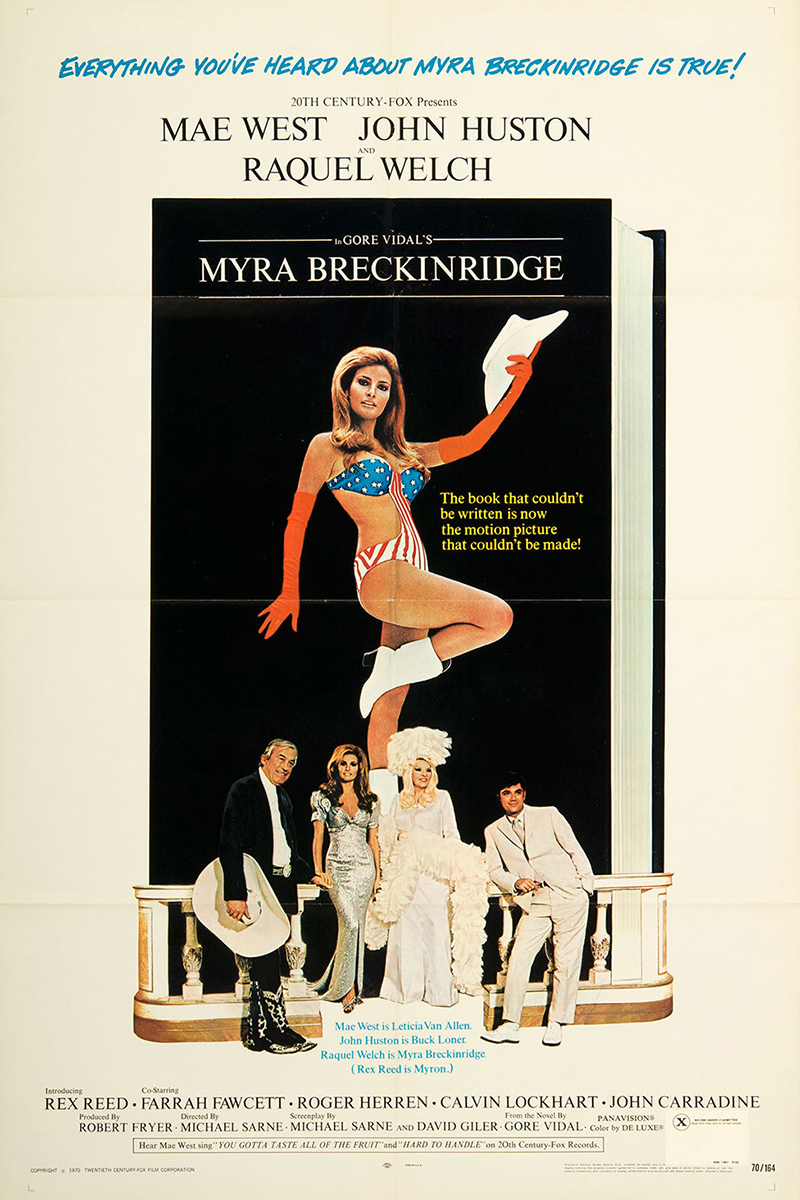