Sam Laker is an American industrialist, working in Britain, who has just been awarded an international award for industrial design. He is planning to travel to East Germany to attend a trade show and show off his invention, taking his 10 year old son with him for a holiday. Meanwhile a British Intelligence officer who served with Laker in the Second World War decides to use the opportunity of Laker’s trip and his lack of an intelligence profile to coerce him into carrying out an assassination. The Naked Runner, the 1967 Sidney J. Furie English spy espionage crime thriller (“They found the key to Sam Laker… They wound it up good and tight… And then they turned him loose…”; “This is the story of the men and the women who made Sam Laker stop running and start shooting…”; “Based on the novel by Francis Clifford”) starring Frank Sinatra, Peter Vaughan, Derren Nesbitt, Nadia Gray, Toby Robins, and Inger Stratton

Also Featuring the Cast of The Naked Runner 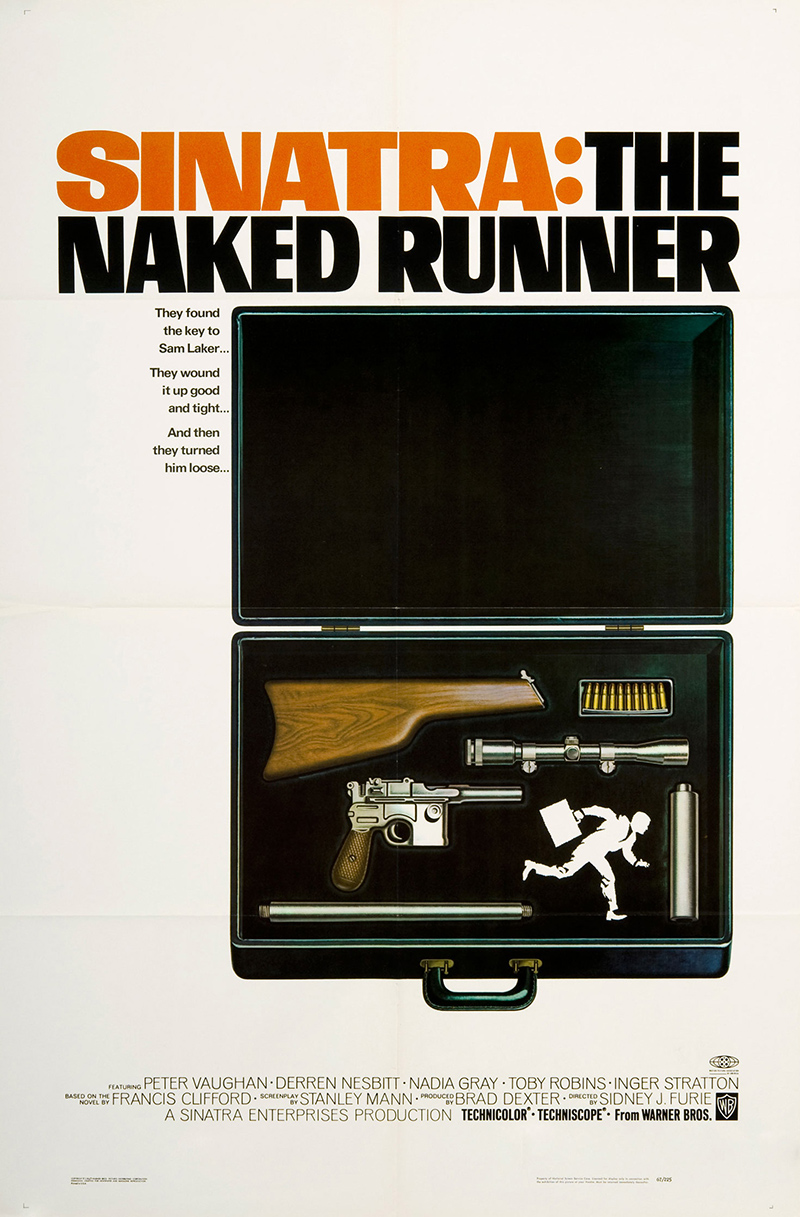