Condition Note: Condition: Good to Very Good. Some fold wear, some edge wear, scuffing and some staining throughout, pinholes throughout, tears on all borders with some missing paper, creasing on right middle border, single-sided, stored folded

Playboy Alec Considine returns to New North Hospital for another year’s internship after suffering a mental breakdown during his first attempt at internship. Among the new interns he guides around the hospital are the explosive Tony Parelli, a former slum boy who is soon at odds with Dr. Riccio, head of the hospital; and Phil Osterman, who smuggles his bride into the intern’s quarters to live. Parelli falls in love with Nancy Terman, a social worker who goes to pieces when she is raped by delinquents whom Parelli knew from the slums. Newly married resident Dr. Lew Worship learns that he is sterile, and the news nearly wrecks his marriage, but he and his wife, Gloria, solve their problem by deciding to adopt children. Nancy’s assailants are brought into the hospital following a gang fight, and they confront Parelli. After a fight in which Considine is wounded, Parelli conquers his hatred enough to make a sincere attempt to save his enemy’s life. Meanwhile, Dr. Osterman’s pregnant wife is discovered in the men’s quarters by Mrs. Hitchcock, the house-mother, but she promises to remain silent so that the couple can live together until he completes his year of duty.

Also Featuring the Cast of The New Interns 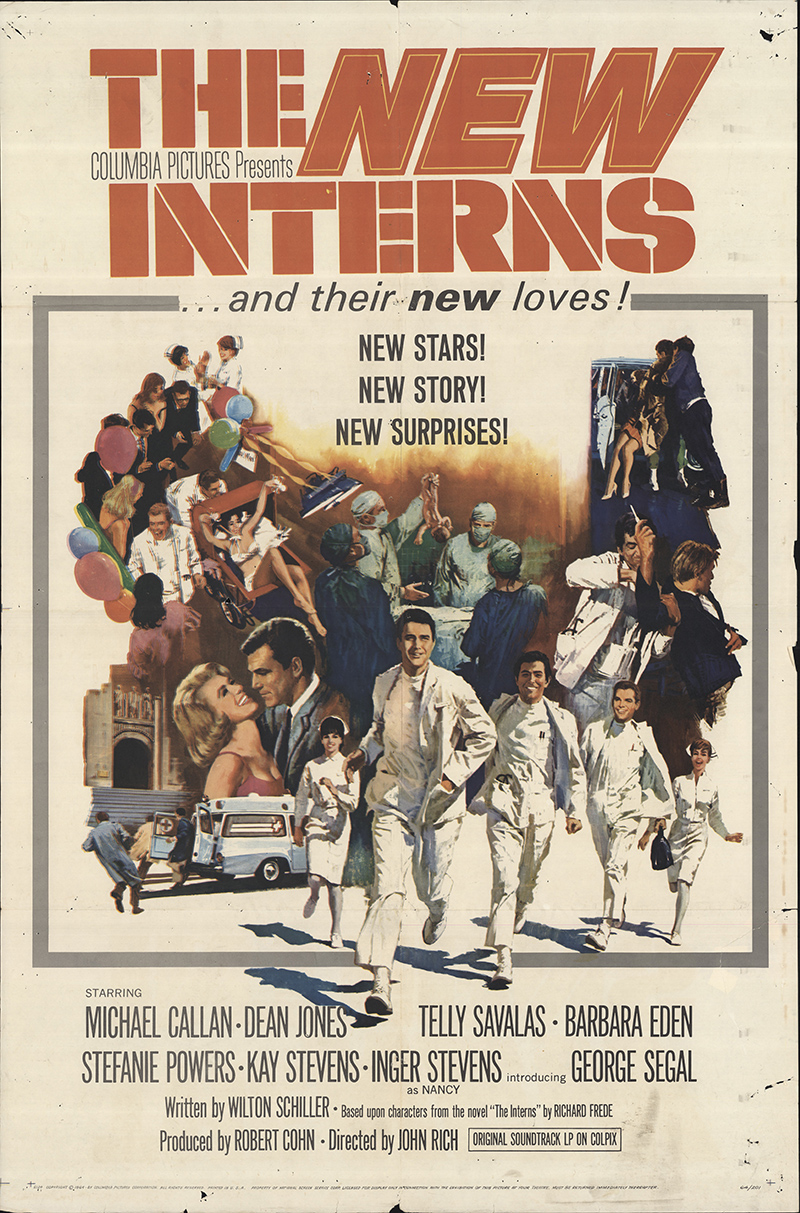