Khalil is an Arab diplomat who wants to not only make peace with Israel, but admit the Jewish state as a member of OPEC. This instantly makes him a target for a series of ingeniously conceived assassination attempts, most of which he foils with the aid of his friend Hamid and his girlfriend Nicole. But can he trust even them? The Next Man, the 1976 Richard C. Sarafian romantic spy espionage crime action thriller (“In the world of spying and dying, love is the ultimate weapon.”; “screenplay by Mort Fine Alan Trustman David M. Wolf and Richard Sarafian”) starring Sean Connery, Cornelia Sharpe, Albert Paulsen, Adolfo Celi, Marco St. John, Ted Beniades, and Charles Cioffi (“as Fouad”)

Also Featuring the Cast of The Next Man 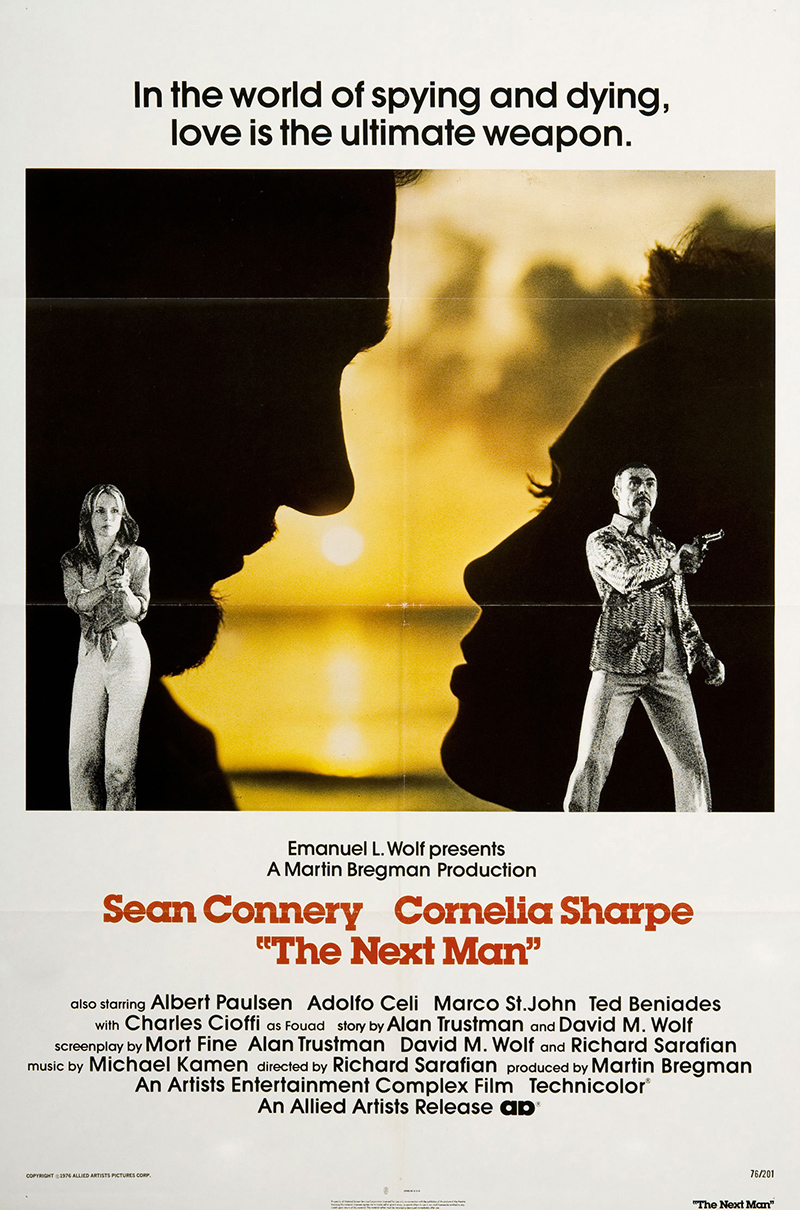