Condition Note: Condition: Fair to Good. Some edge wear, some wrinkling and scuffing throughout, slight creasing in corners and along some borders, small tears along left border and top border, double-sided, stored rolled

Robert DeNiro and Jessica Lange are the most impossible couple. He’s a failed lawyer. She’s a common waitress. Together they get in a downward spiral, as they can’t seem to deal with their problems. The lawyer just failed winning a case in court against a famous boxing organizer and he wants revenge by catching the organizer on his own territory: boxing. Although he knows nothing about boxing, with his fine talk he finds the help of a couple of people like the brother of his new enemy. But the relationship with his waitress doesn’t make things double as hard.

Also Featuring the Cast of Night and the City 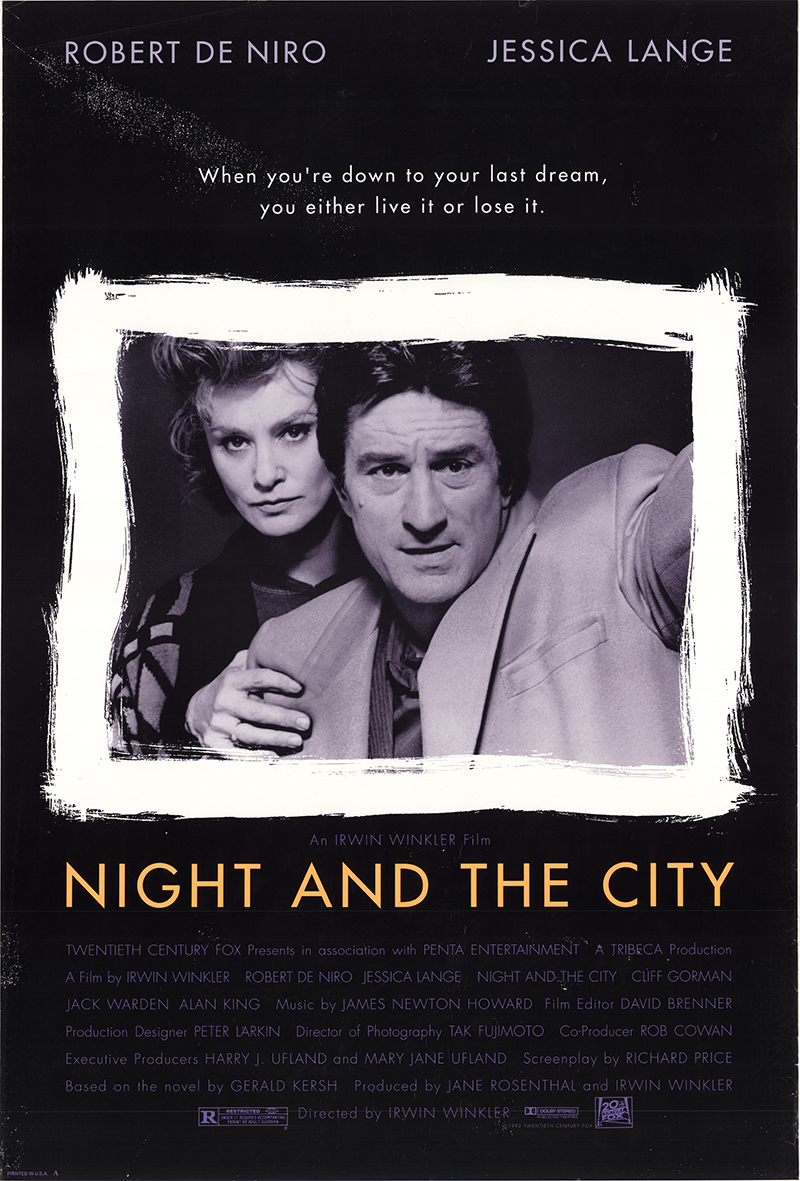