In Ireland, it’s 1941 and Irish Republicans have made a tentative bond with Nazi Germany to help Ireland in its never-ending struggle with Great Britain. A small cell of IRA soldiers is recruited in one village, under the flimsy leadership of the morally and physically lame Don McGinnis. Among the new recruits is Dermot O’Neill, who wants to free Ireland from Britain, but is not as convinced of the means as are his colleagues. McGinnis, in love with Dermot’s sister, who spurns him, means to prove himself through violence, even though he’s not able due to his disability to participate in the raids he sends Dermot and others on. On one such raid, Dermot and his pal Sean Reilly are separated from the squad. Dermot helps the wounded Sean to safety, but when Sean returns to their village and is captured, Dermot must decide whether his duty lies with the cause, with Ireland, or with his own humanity.

Also Featuring the Cast of The Night Fighters 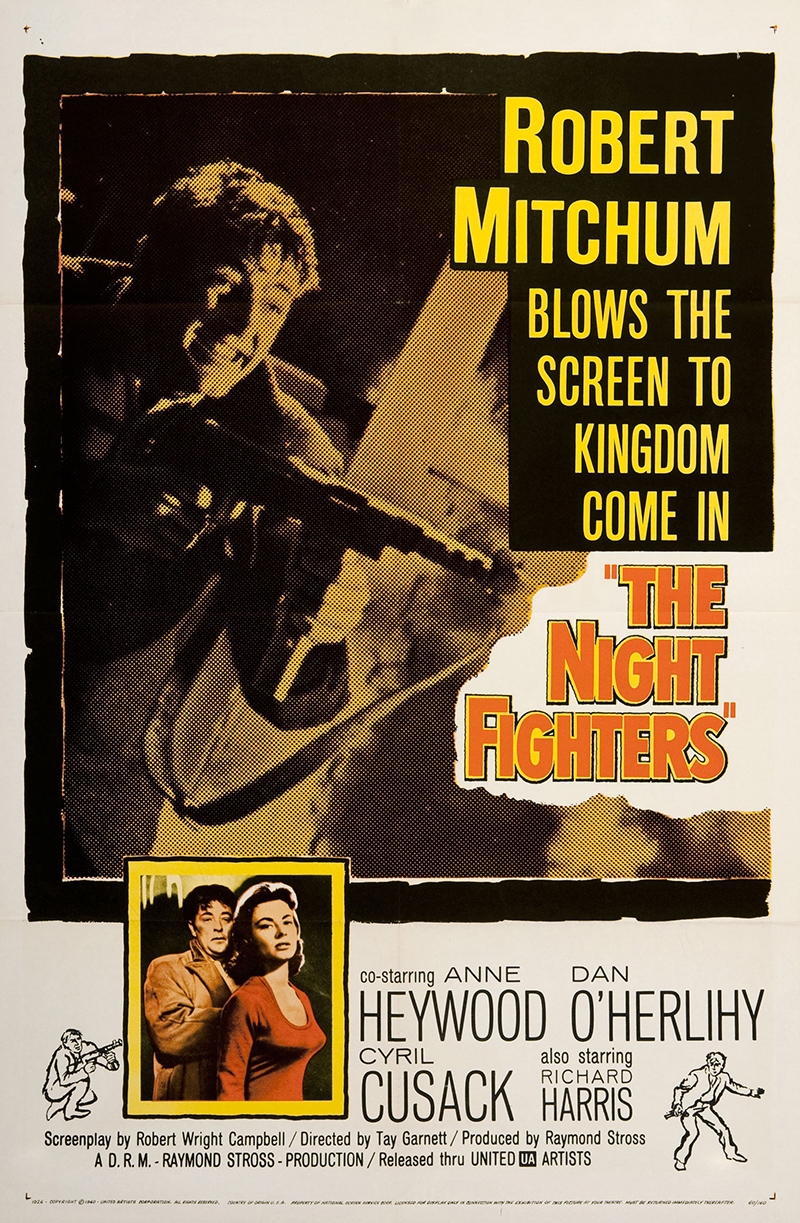