Janet is a young student at a private school; her nights are troubled by horrible dreams in which she sees her mother, who is in fact locked in an insane asylum, haunting her. Expelled because of her persistent nightmares, Janet is sent home where the nightmares continue. Nightmare, the 1964 Freddie Francis English Hammer horror thriller (“She dreamed a dream of murder… That didn’t end when she woke up!”; “Child of an evil curse??? Victim of an insane hoax??? ..or vengeful cunning murderess???”; “Three shocking murders did she dream them? … Or do them?”; “It will haunt your dreams!”; “Has the shocking shocking shocking answers!!!”; “Written and Produced by Jimmy Sangster”) starring David Knight, Moira Redmond, Jennie Linden, Brenda Bruce, and George A. Cooper

Also Featuring the Cast of Nightmare 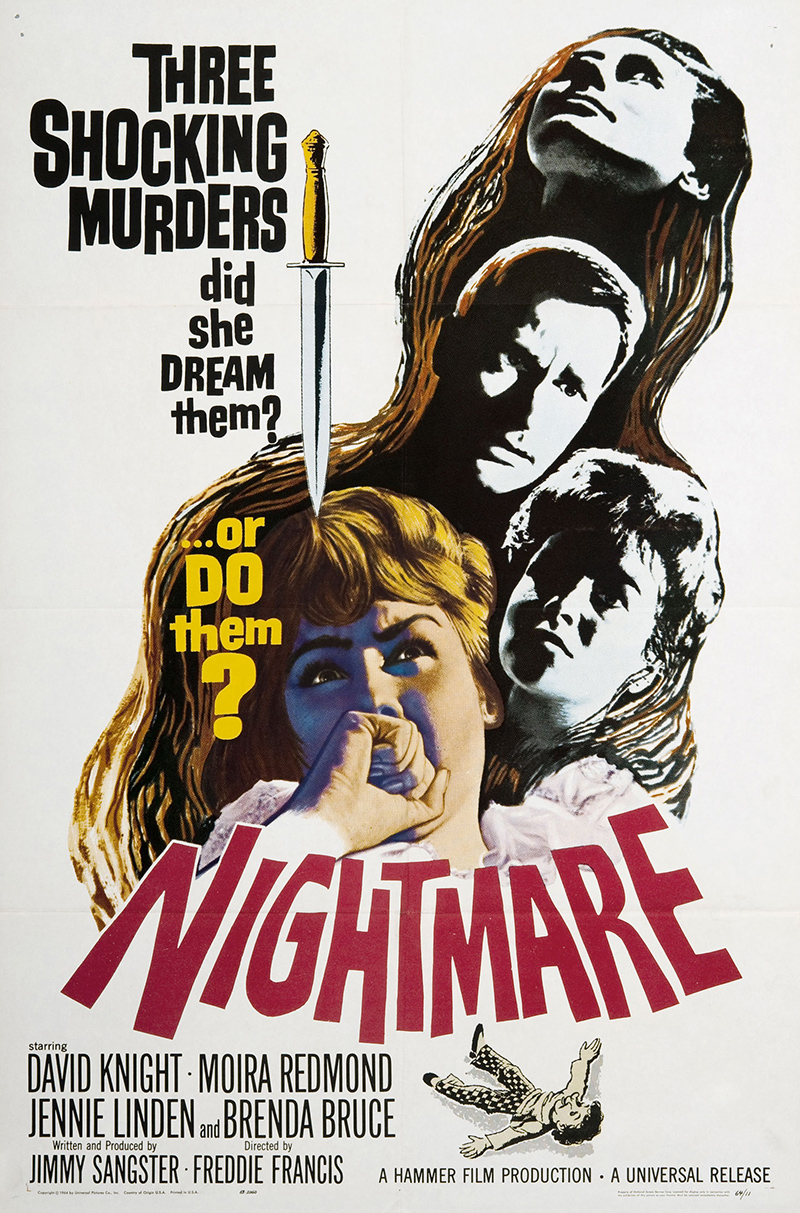