Condition Note: Near mint to mint, extremely crisp and glossy, with soft wrinkling in the upper right area of the field, folded

The classic 1960 Lewis Milestone Rat Pack Las Vegas multi-million-dollar multi-casino hold-up thriller (“That Big One!!”; “Nobody else would have dared it because nobody else would have the nerve!”; “You wouldn’t call it a gang. Just Danny Ocean and his 11 pals, the night they blew all the lights in Las Vegas!…”; about 11 Army veterans joining together to rob five Las Vegas casinos at once!) starring Frank Sinatra, Dean Martin, Sammy Davis Jr., Peter Lawford (the preceding were called “The Rat Pack” because they were real-life friends who socialized regularly), Angie Dickinson, Richard Conte, Cesar Romero, Akim Tamiroff, Patrice Wymore, and Joey Bishop (who surprisingly was given very low billing, under that of Patrice Wymore!). 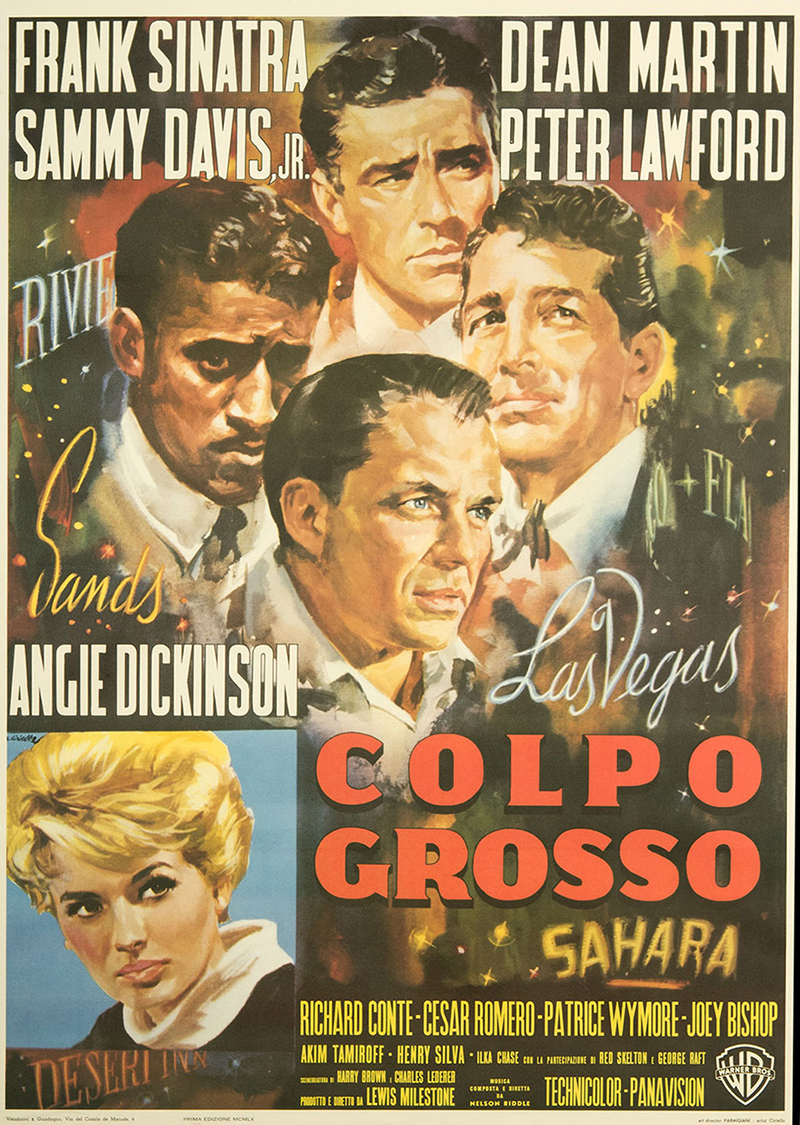