It’s oil boom time in Oklahoma and Lena Doyle, a hard-bitten, cyncial feminist has a fight on her hands: the big oil companies don’t like the fact that she’s working a potentially profitable wildcat rig. Reluctantly, Lena must accept the aid of her estranged father Cleon, and Mason, the man he hires to help. The three form an unlikely team: Lena hates men, Mason is out for himself, and Lena’s father is trying to make up for a lifetime of neglecting his daughter. But together they take on the big guys and put up a terrific fight. 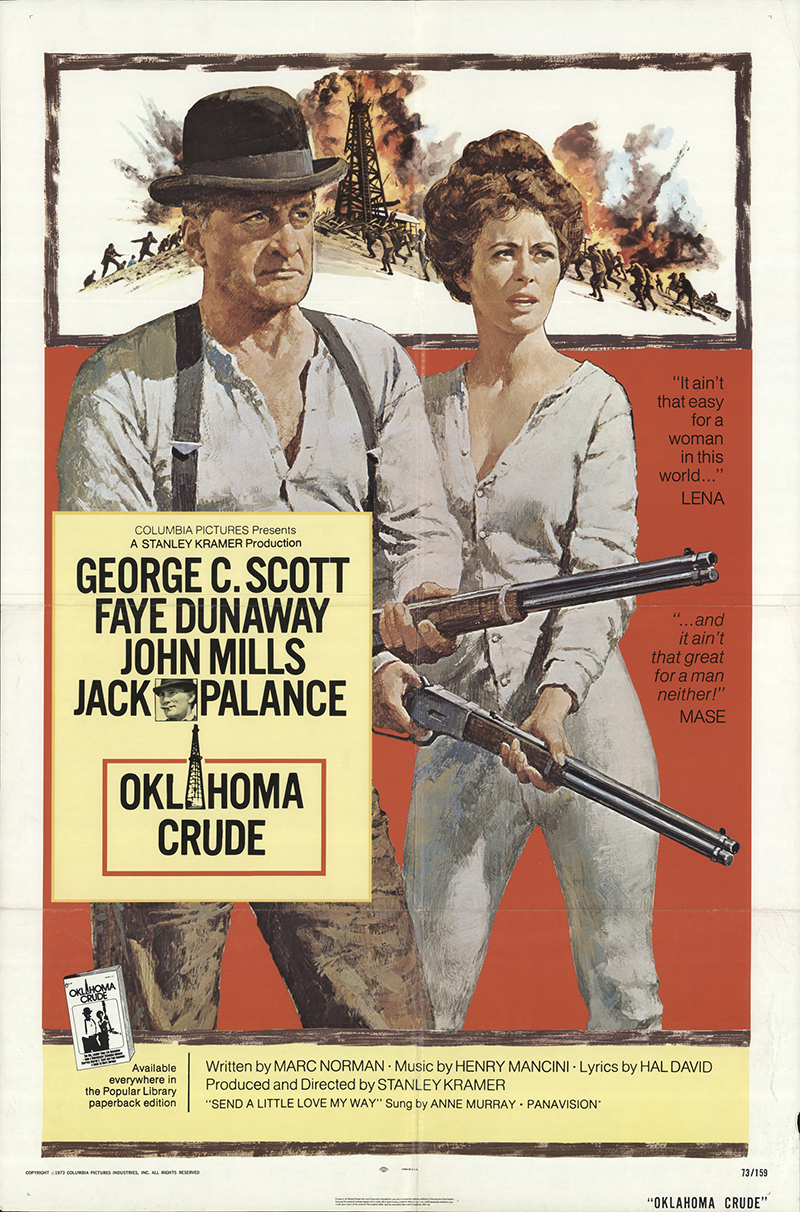