When school teacher Harriet Winslow goes to Mexico to teach, she is kidnapped by Gen. Tomas Arroyo and his revolutionaries. An aging American, Ambrose “Old Gringo” Bierce also in Mexico, befriends Gen. Arroyo and meets Harriet. Bierce is a famous writer, who knowing that he is dying, wishes to keep his identity secret so he can determine his own fate. Though he likes Arroyo, Bierce tries to provoke the General’s anger whenever possible in an attempt to get himself killed, thus avoiding suffering through his illness. Winslow is intrigued by both Bierce and Arroyo, and the men are in turn attracted to her. She becomes romantically involved with Arroyo. When Winslow learns of Bierce’s true identity (a writer whose work she has loved and respected for years), she is singlemindedly determined to fulfill his dying wish. 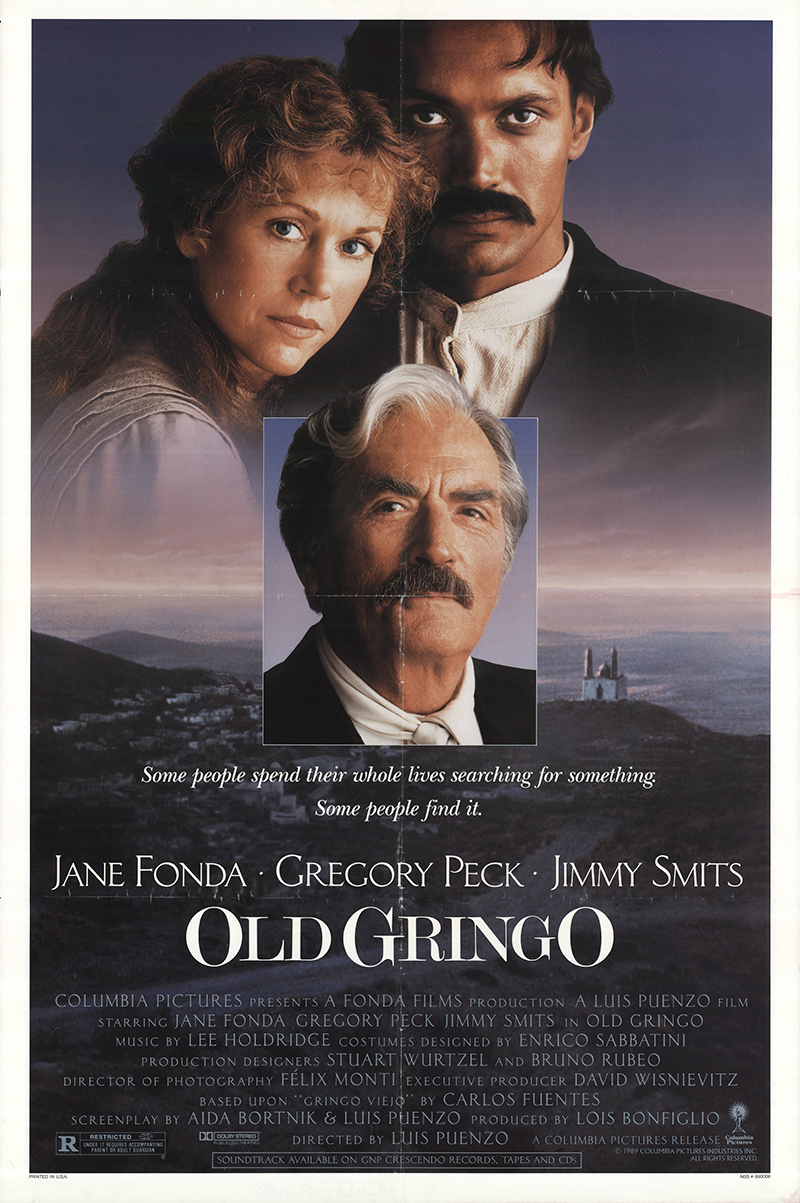