View cart “One of Our Dinosaurs is Missing” has been added to your cart.

Lord Southmere escapes from China with a microfilm of the formula for the mysterious “Lotus X”, and is captured by Chinese spies who have been instructed to retrieve the microfilm from him. Escaping from his captors, Lord Southmere hides the microfilm in the bones of a large dinosaur at the National History Museum. However, he has been followed into the museum by the spies, so Lord Southmere asks Hettie, (his former nanny), to retrieve the microfilm before the spies can find it. He is then promptly recaptured by the head spy, Hnup. Hettie, and her friend Emily (another nanny), devise a plan for a group of nannies to search for the microfilm, but they are unsuccessful in their endeavors. The spies then decide to steal the dinosaur, but are outmaneuvered by Hettie and Emily, who – with a young nanny named Susan – take the dinosaur skeleton on an unforgettable journey around the countryside. When Hettie’s two young charges, Lord Castleberry and his younger brother, Truscott, also become involved in the plot, all seems lost – especially for Lord Southmere!

Also Featuring the Cast of One of Our Dinosaurs Is Missing 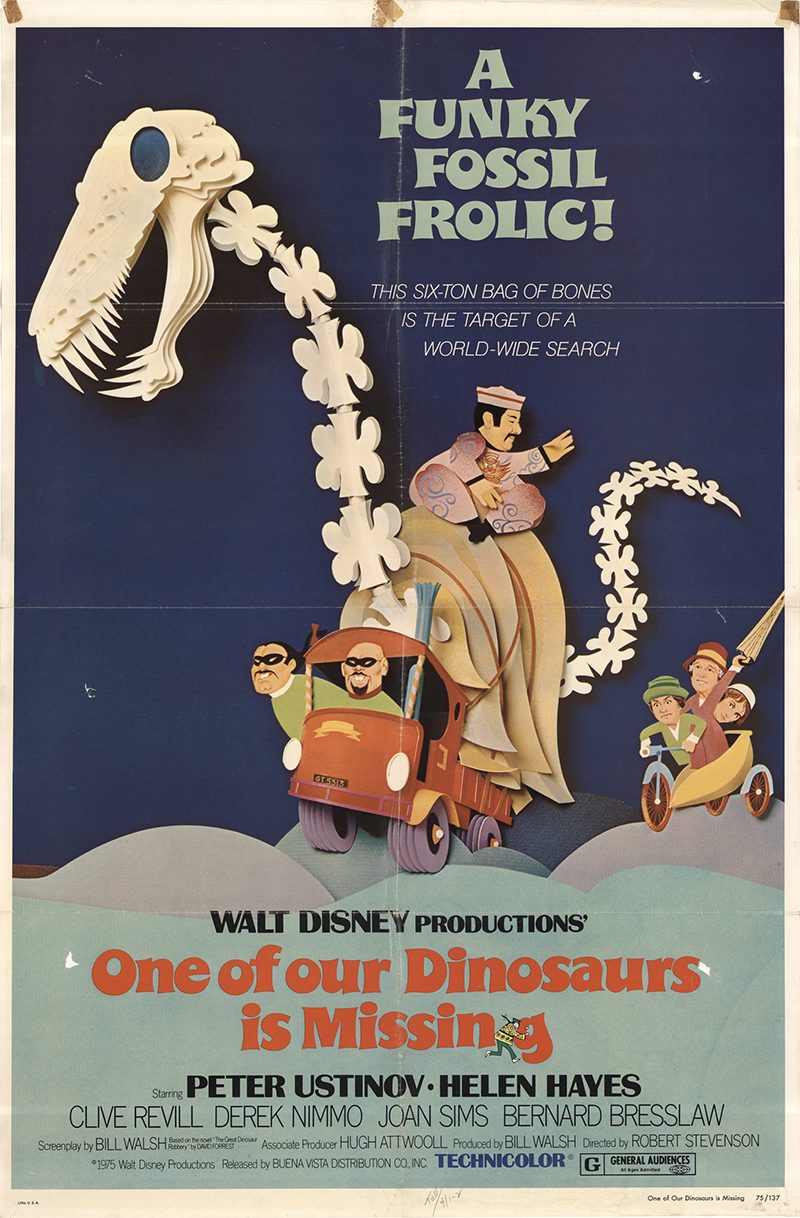 You're viewing: One of Our Dinosaurs Is Missing $15.00
Add to cart