With posters featuring a stylized-drawing of Eva Six in a bikini, a tagline reading…”Temptation in Paradise…neither hell nor high heels could stop them”, and a Dream Sequence Technical Adviser credit for Bob Marcucci, American-International once again proved it had no peers when it came to sleight-of-hand advertising selling a war-movie when war movies weren’t selling. This one starts in the Pacific in 1943 when an American submarine staffed by the likes of Scott Brady, Jim Backus and Michael Dante (the old guns to get the old folks in) has a rendezvous with a cruiser to pick up an underwater demolition team comprised of the likes of Tab Hunter, Frankie Avalon, Gary Crosby and Jody McCrea (the young turks to get the kids in, which probably only worked in Southern California), and there is conflict right off as the sub crew feels like they are being denied a chance to revenge the sinking of a sister sub because they have to deliver Tab and Frankie to an island on a super-secret special mission guaranteed to affect the entire course of the war in the Pacific. These guys are landed on the Japanese-infested island and find their guerilla support consists of an old man, a teen-ager and three girls. 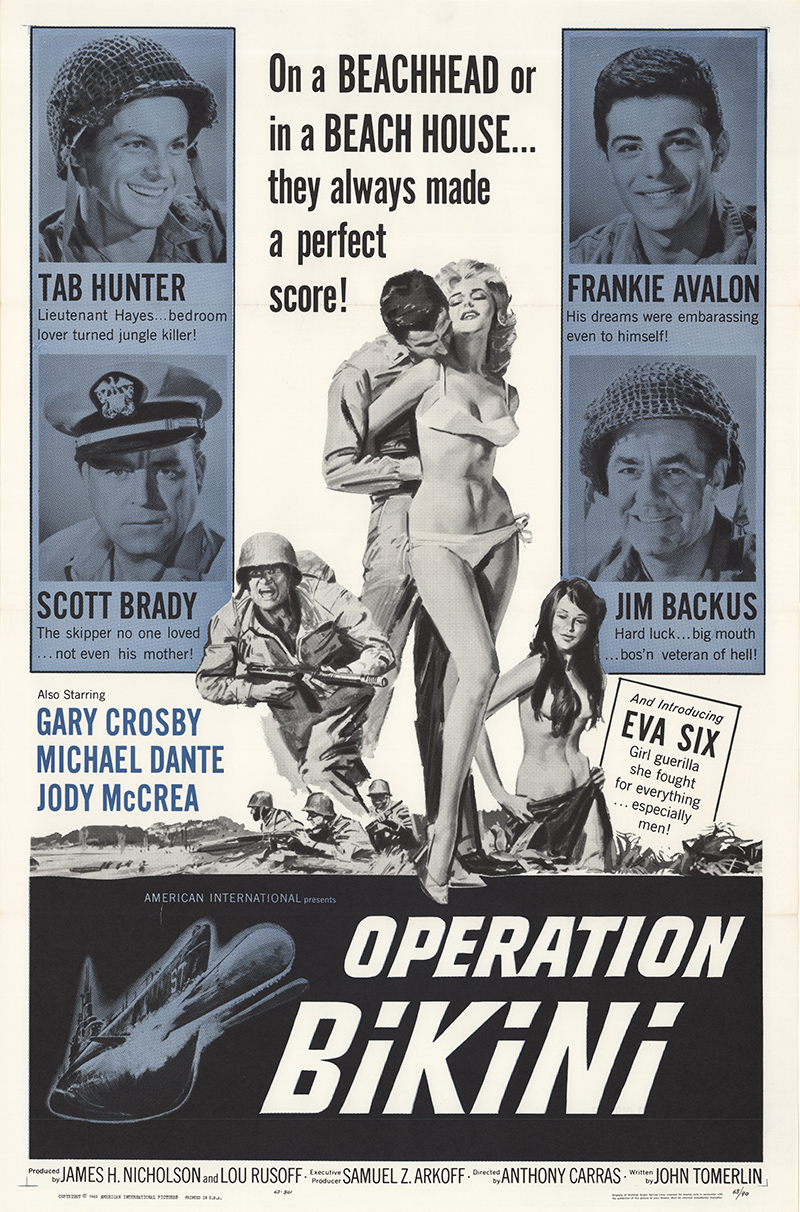