Lavinia White and her young brother Chad are shunned by the townspeople of Twin Wells because their father Tom is serving the last part of a long prison sentence for robbing the Rysen Company of $100,000. Their only friends are Doc Meadowlark and Pat Garrett, who is employed by the Rysen Transportation Company. When released, Tom is determined to return the money to its rightful owners over the objections of Jim Judd. Judd threatens harm to Chad and forces Lavinia to aid him, under the same threat against Chad, in the stick-up of the stage in which Tom is returning to Twin Wells with the money. Pat arrives and Judd and the girl escape without the money. The money is returned and Tom prepares to settle down and make amends for the past. Judd conspires with Elias Dunkenscold, the Rysen office manager, to steal the money and frame it on Tom. In a chase, Sheriff Wilson is shot but swears Pat in as a deputy before he dies. He has to jail Tom and Lavinia has to keep quiet as the outlaws have kidnapped Chad.

Also Featuring the Cast of Outcasts of the Trail 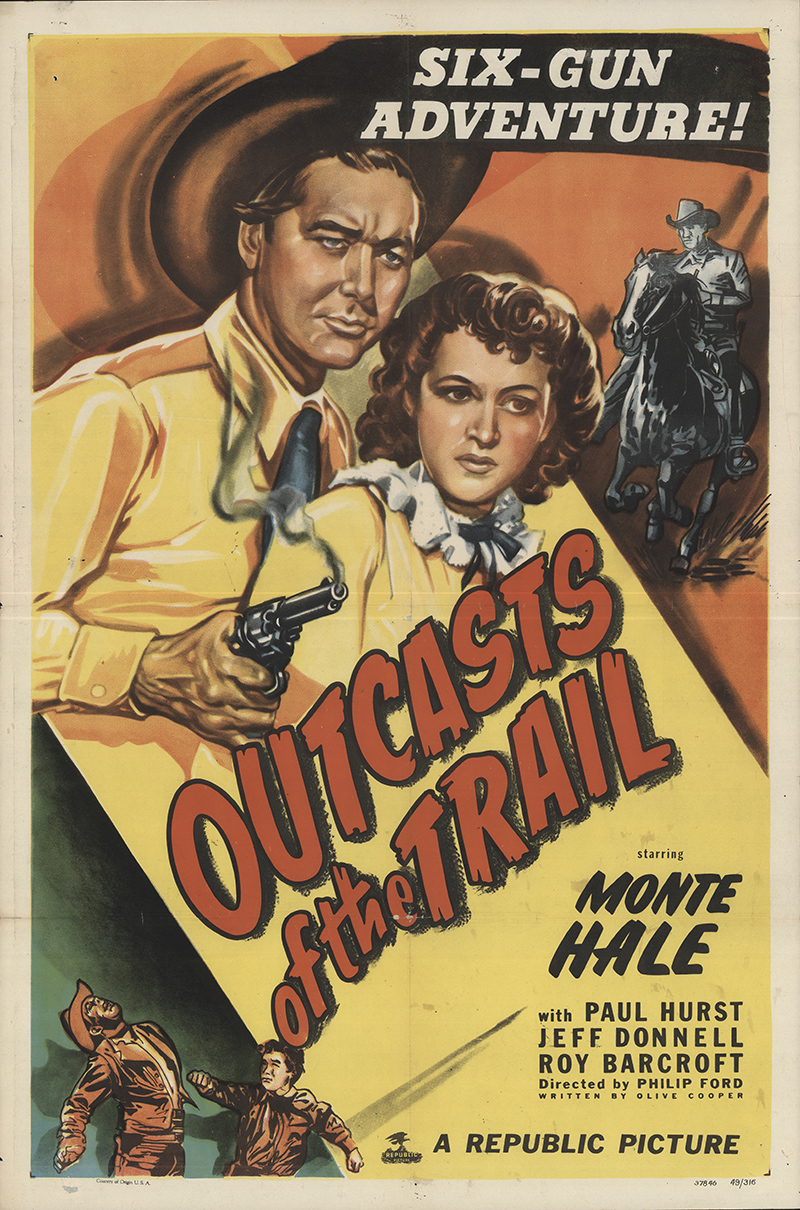