A Michigan farmer and a prospector form a partnership in the California gold country. Their adventures include buying and sharing a wife, hijacking a stage, kidnaping six prostitutes, and turning their mining camp into a boomtown. Along the way there is plenty of drinking, gambling, and singing. They even find time to do some creative gold mining. Paint Your Wagon, the 1969 Joshua Logan musical comedy cowboy western (“Ben and Pardner shared everything – the gold, the laughs, the songs… even their wife!”; “Stake your claim to the musical goldmine of ’69!”; “Based on the Lemer and Loewe Broadway musical play”; “Screenplay and lyrics by Alan Jay Lerner, Music by Frederick Loewe”; “Adaptation by Paddy Cheyefsky”) starring Lee Marvin, Clint Eastwood, Jean Seberg, Ray Walston (best remembered as the star of TV’s “My Favorite Martian” and “Picket Fences”, and most memorably, in his role as “Mr. Hand” in “Fast Times at Ridgemont High”; he did not start acting until he was 25, and he appeared solely on Broadway for five years, then he made some TV appearances for three years, and he finally made his acting debut when he was 43 years old!), Harve Presnell, and featuring the Nitty Gritty Dirt Band

Also Featuring the Cast of Paint Your Wagon 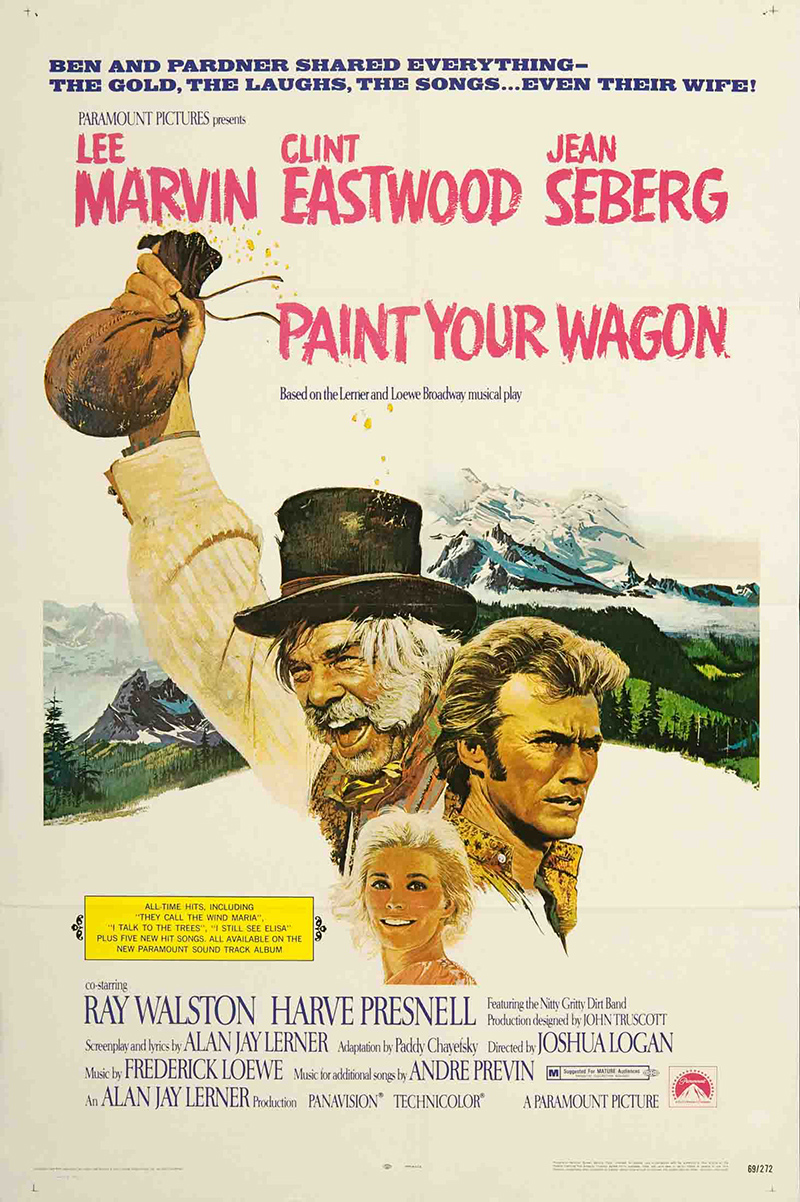