Set in Palm Springs during a long, fun-filled weekend where several Los Angeles college students flock to spring break, centering on Jim who finds romance with Bunny, the daughter of Palm Springs harred, stressful police chief. Jim’s bumbling roommate, Biff, tries to get Amanda, a tomboyish girl’s attention with a so-called love gadget. Meanwhile, Gayle Lewis is a high school senior posing as a wealthy college girl who is pursued by Eric Dean, a wealthy and spoiled college prepie, while Gayle has eyes for a cowboy from Texas, named Stretch. Also Jim and Biff’s basketball coach, Campbell, tries to romance Naomi, the owner of the motel where all of the gang is staying at, which is interfered by Naomi’s young, trouble-making, brat son who’s dubbed, Boom-Boom. Palm Springs Weekend, the 1963 Norman Taurog California Spring Break romantic teen vacation comedy (“It’s where the boys are and the girls are …that swingin’ vacation weekend when American youth descends on America’s swankiest playground! …and look at all the swingers who are in it!!!”; “…Warner Bros. puts you in the fun seat!!!”; “It’s that once-a-year vacation fling when American youth goes wild,and takes over America’s swankiest playground!”; “For 361 days a year Palm Springs is just a swanky playground. But oh, that vacation weekend when all youth busts loose and everything goes.”; “The swingers are here… that ONE weekend of the year when youth busts out all over America’s swankiest playground!!!”; “Written by Earl Hamner, Jr.”, later the creator of “The Waltons”) starring Troy Donahue, Connie Stevens, Ty Hardin, Stefanie Powers, Robert Conrad, Jerry Van Dyke, and Jack Weston 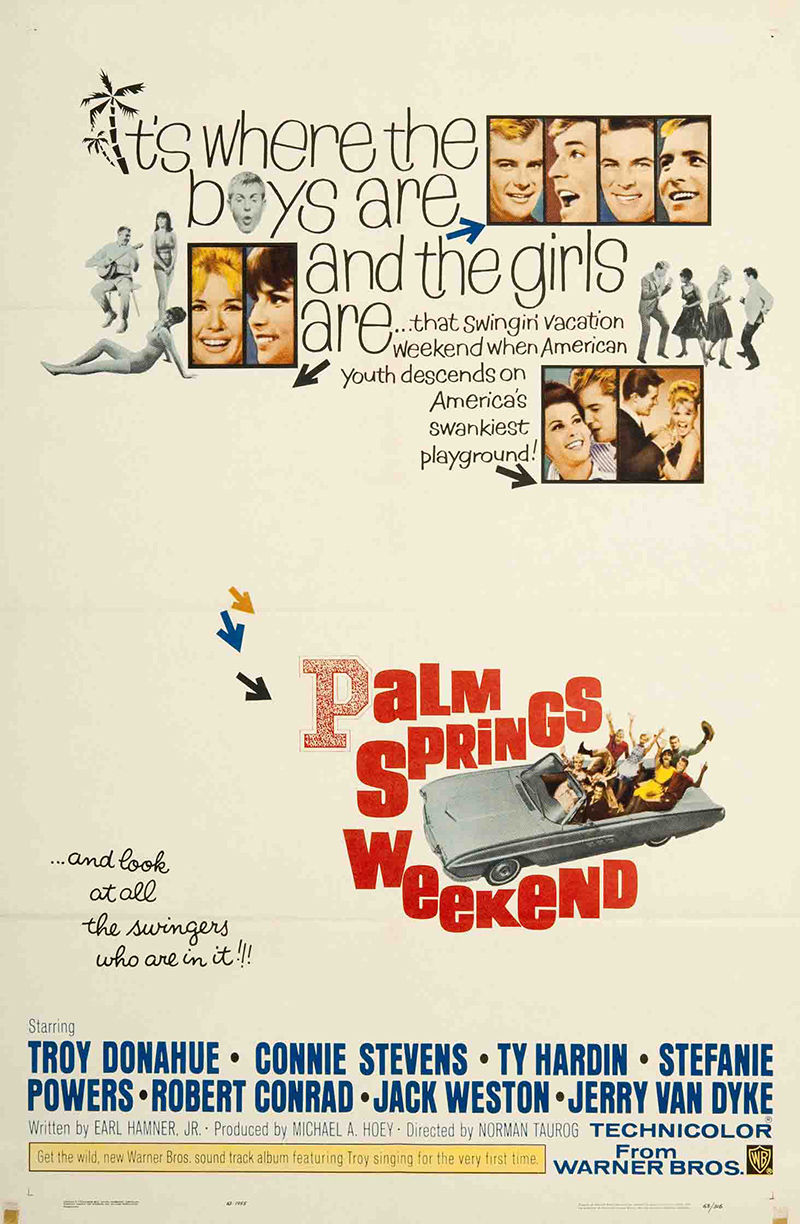