When Jack Scanlan passes away just before telling his son, Johnny what was really important in life, Johnny begins to wonder if he’s let life pass him by. With the funeral as backdrop, all the Scanlans appear, each with an interesting situation. One of Johnny’s sisters is divorced but hasn’t told anyone, the sister who is a nun is now into liberation theology and has an illegal immigrant with her, and Tony is fighting for control of his father’s union. Johnny and Terry (the divorced sister) both think that they may have found true love in the chaos (though what Johnny’s wife thinks of it is up for grabs) as Johnny tries to make some kind of sense out of the various strains in his family.

Also Featuring the Cast of Passed Away 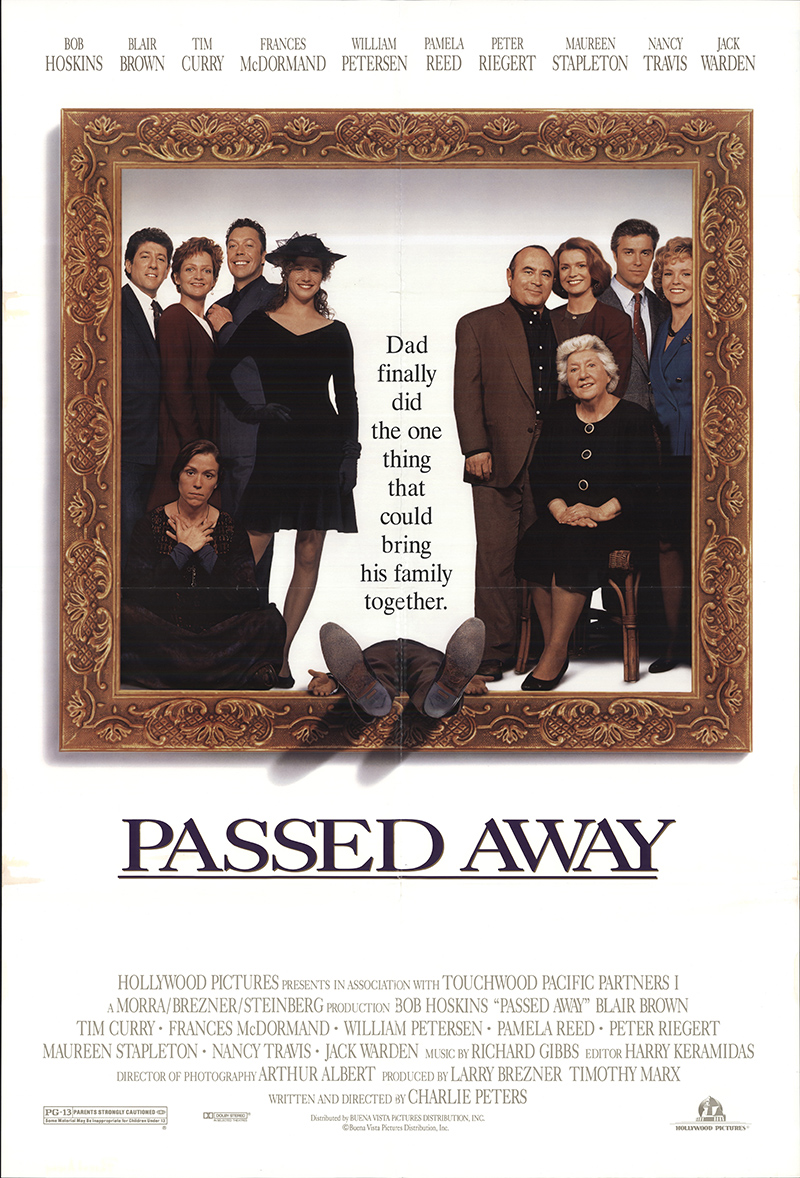