A 43 year old mother and housewife that’s facing divorce is thrust back in time when she tries to plan a high-school reunion. Given the chance to change the course of her life she finds herself making many of the same choices. Peggy Sue Got Married, the 1986 Francis Ford Coppola time-traveling-to-change-the-past romantic fantasy comedy (“Knowing what you know now, what would you do differently? Peggy Sue is going back with the chance to change her destiny.”; “Peggy Sue Got Married … or will she?”; “Written by Jerry Leichtling & Arlene Sarner”) starring Kathleen Turner (in her nominated for Best Actress Academy Award role), Nicolas Cage, Barry Miller (“as Richard”), Catherine Hicks (best known as the wife and mother in TV’s “7th Heaven”), and Don Murray

Also Featuring the Cast of Peggy Sue Got Married 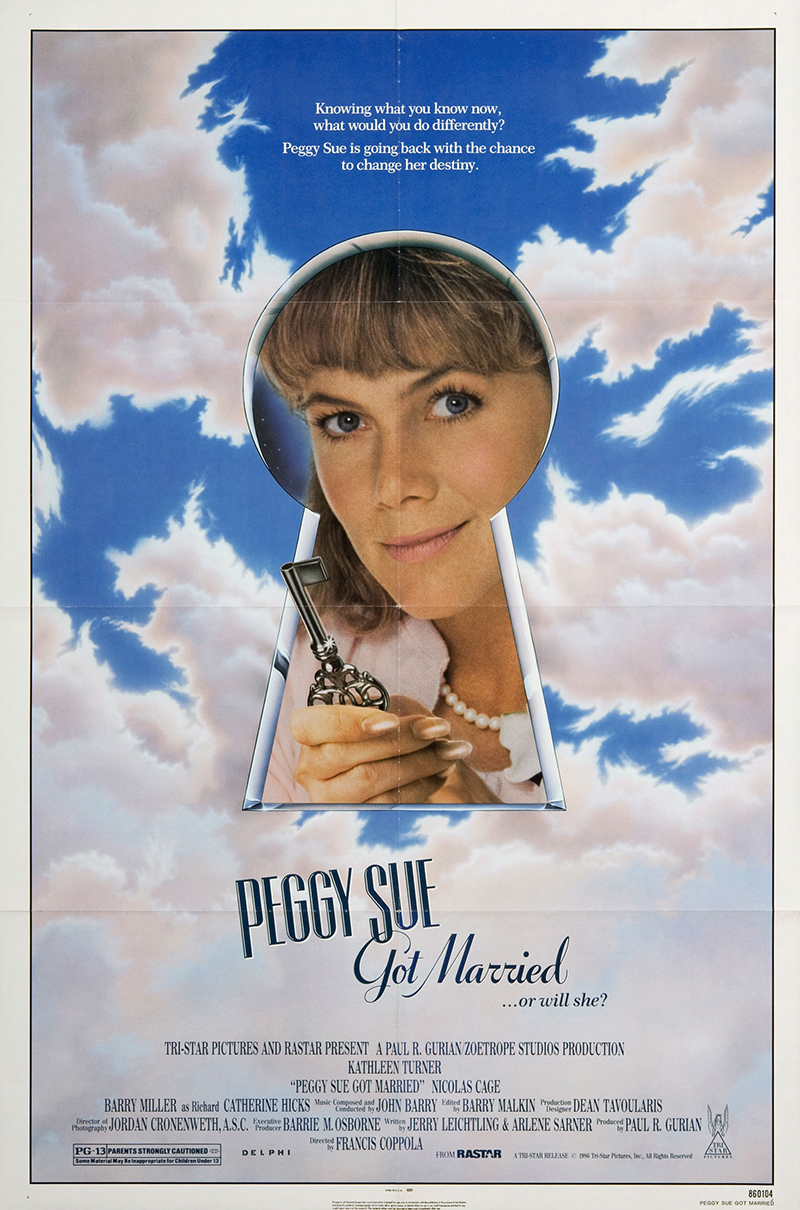