Two Supreme Court Justices have been killed. Now a college professor, who clerked for one of the two men, who’s also having an affair with one of his students, is given a brief by her, that states who probably, wanted to see these two men dead. He then gives it to one of his friends, who works for the FBI. When the FBI director reads it, he is fascinated by it. One of the president’s men who read it, is afraid that if it ever got out, the president could be smeared. So, he advises the president to tell the director to drop it, which he does. But later the professor and the girl were out and he was drunk and when he refused to give her the keys she stepped out of the car. When he started it, it blew up. She then discovers that her place has been burglarized and what was taken were her computer and her disks. Obviously, her brief has someone agitated. She then turns to her boyfriend’s friend at the FBI, he agrees to come meet her but before he does someone shoots him and takes his place. At the meeting, he was about to kill her when someone shoots him. She then decides to turn to Gray Grantham, an investigative reporter, who was contacted by someone who says he has info on the killings but backed out at the last minute. He then meets her and tells her what her brief is, and basically, the man she suspects is a good friend of the president, who is trying to manipulate the outcome of a trial that is now before the Supreme Court. Grantham tells her that her brief can harm the president and all what they have are theories, he asks her to help him but she wants to leave the country. Then Grantham’s editor tells him that they have nothing; that he should drop cause the man she implicated is extremely powerful. Grantham’s about to drop it when she says that she will help him. But can they stay alive?

Also Featuring the Cast of The Pelican Brief 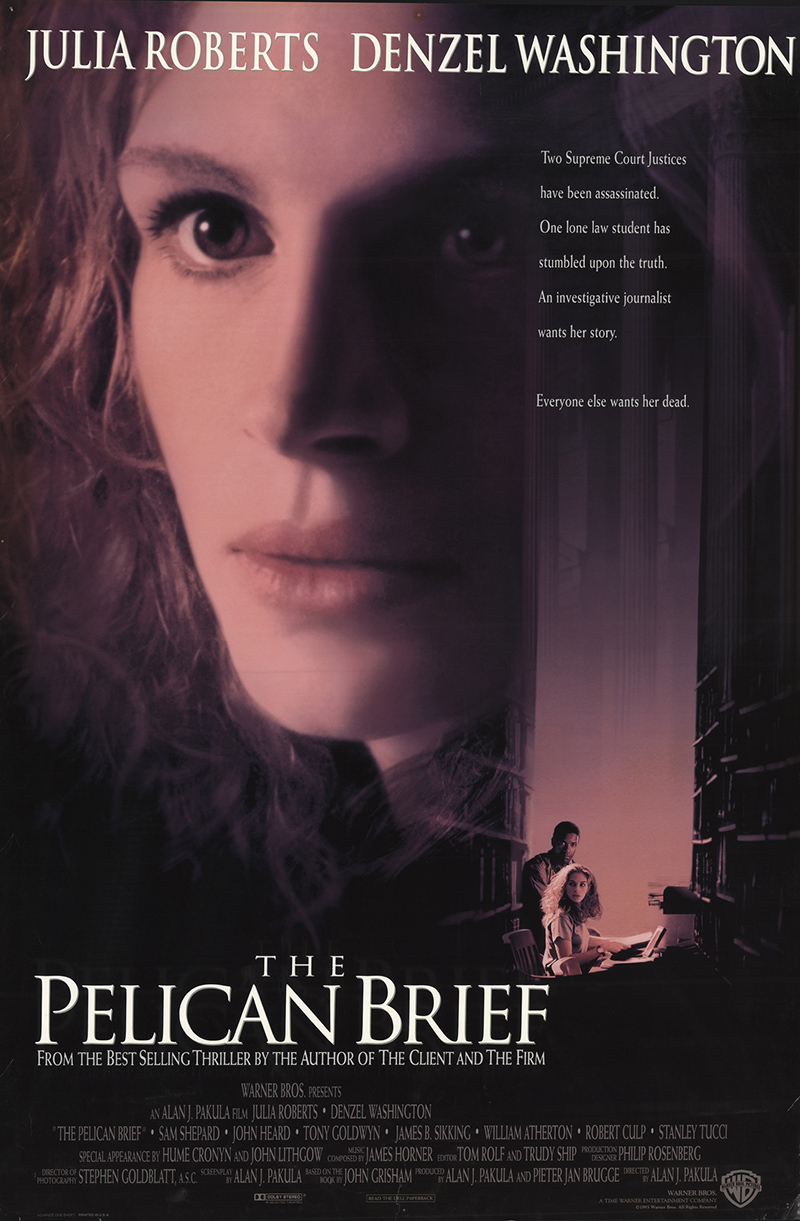