Rex Allen comes to California as a wagon train guide during the period of the great Spanish ranchos and finds his old buddy Slim, from when they were U. S. Cavalrymen, working for fiery-tempered rancho owner Mike Reilly. Reilly has being losing a lot of his fine, blooded horses, and he is sure they have been lured off to join a herd of wild horses. His niece Claire Reilly, whose beauty conceals a cold murderous nature, and his foreman Gil encourage him in this belief, but they have actually been stealing and selling the horses, and they are planning on killing the old man and enjoying his possessions together as Claire believes herself the heiress to Rancho Reilly. Rex’s timely arrival saves Reilly from their first attempt when Claire, on the pretense of going for help, has left him to be trampled to death by the wild stallion leader of the herd. Reilly orders the new-born offspring of the stallion to be shot and Gill has his gun ready to carry out the order when Tony, a young Mexican boy Reilly has adopted, tries to stop him. Rex sides with Tony, who takes off with the filly while Rex and Gill fight. Rex captures the wild stallion and also discovers that there are no full-blooded horses among the herd. When Reilly hears this, he accuses Claire and Gill of having stolen his horses and fires Gill. That night, Claire lures Reilly from the house on the pretense the stallion is escaping, and Gill knocks him down and has his horse trample him to death. Rex’s inspection of the body reveals that the horse that killed Reilly wore iron shoes and he knows the wild horse wasn’t shod, so he concludes that Reilly’s death was murder. With the aid of Reilly’s lawyer, Rex convinces her that Reilly’s will left everything to Tony, and then sets a tarp for Claire and Gill when they try to kill the boy. 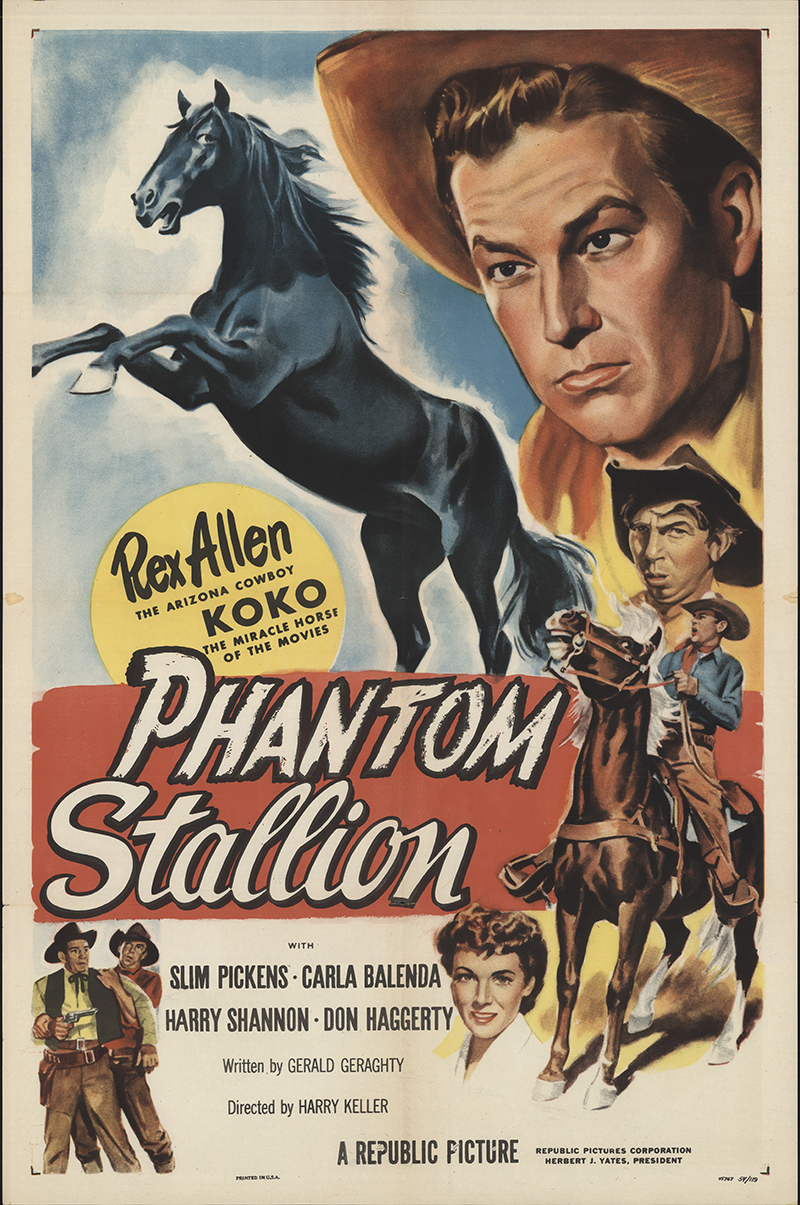