Pillow Talk, the classic 1959 Michael Gordon romantic sex comedy (“The uninhibited story of a carefree bachelor… A careful career girl… And how they learn that pillow talk is no fun… For just one!”; “The captivating story of what happens when a careful career girl who believes in ‘singleness’ tangles with a carefree bachelor who believes in ‘togetherness!'”; “…The perfect pair for… ‘Pillow Talk’ …it’s what goes on when the lights go off!”; “Produced by Ross Hunter”) starring Rock Hudson, Doris Day (in her nominated for Best Actress Academy Award role), Tony Randall, Thelma Ritter (in her nominated for Best Supporting Actress Academy Award role), Nick Adams, Marcel Dalio, and Julia Meade 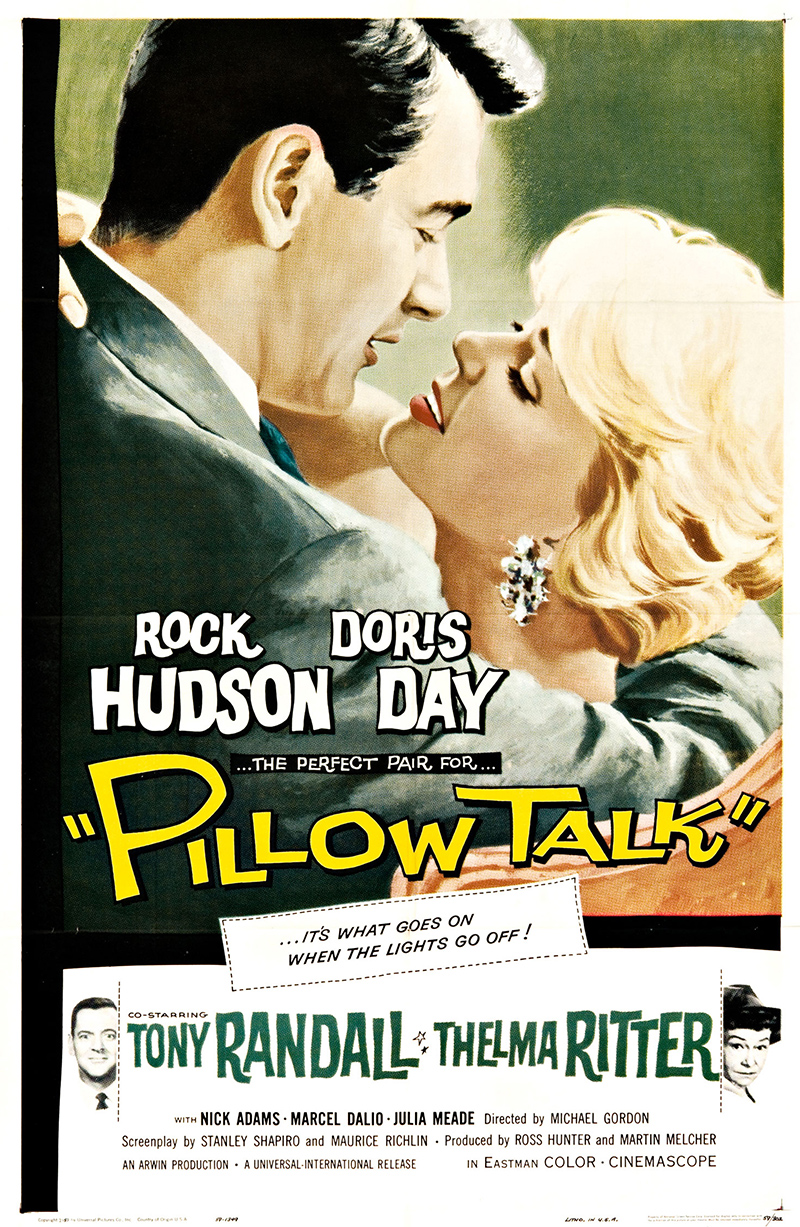