Inventor Gepetto creates a wooden marionette called Pinocchio. His wish that Pinocchio be a real boy is unexpectedly granted by a fairy. The fairy assigns Jiminy Cricket to act as Pinocchio’s “conscience” and keep him out of trouble. Jiminy is not too successful in this endeavor and most of the film is spent with Pinocchio deep in trouble. Walt Disney’s Pinocchio, the classic 1940 Hamilton Luske & Ben Sharpsteen Walt Disney animated puppet cartoon musical fantasy adventure (“Hi-Diddle Dee Dee!”) featuring the voices of Dickie Jones (as Pinocchio; child star of the 1930s and 1940s who appeared in over 100 movies, but who is likely best remembered for this role!), Cliff Edwards (as Jiminy Cricket; sometimes billed as “Ukulele Ike”, and he often performed the ukulele when he appeared in movies; he is best remembered for performing the first version of “Singing in the Rain” in “The Hollywood Revue of 1929” as well as for his role in this movie), Christian Rub (as Gepetto), Evelyn Venable (as the Blue Fairy), and Mel Blanc

Also Featuring the Cast of Pinocchio 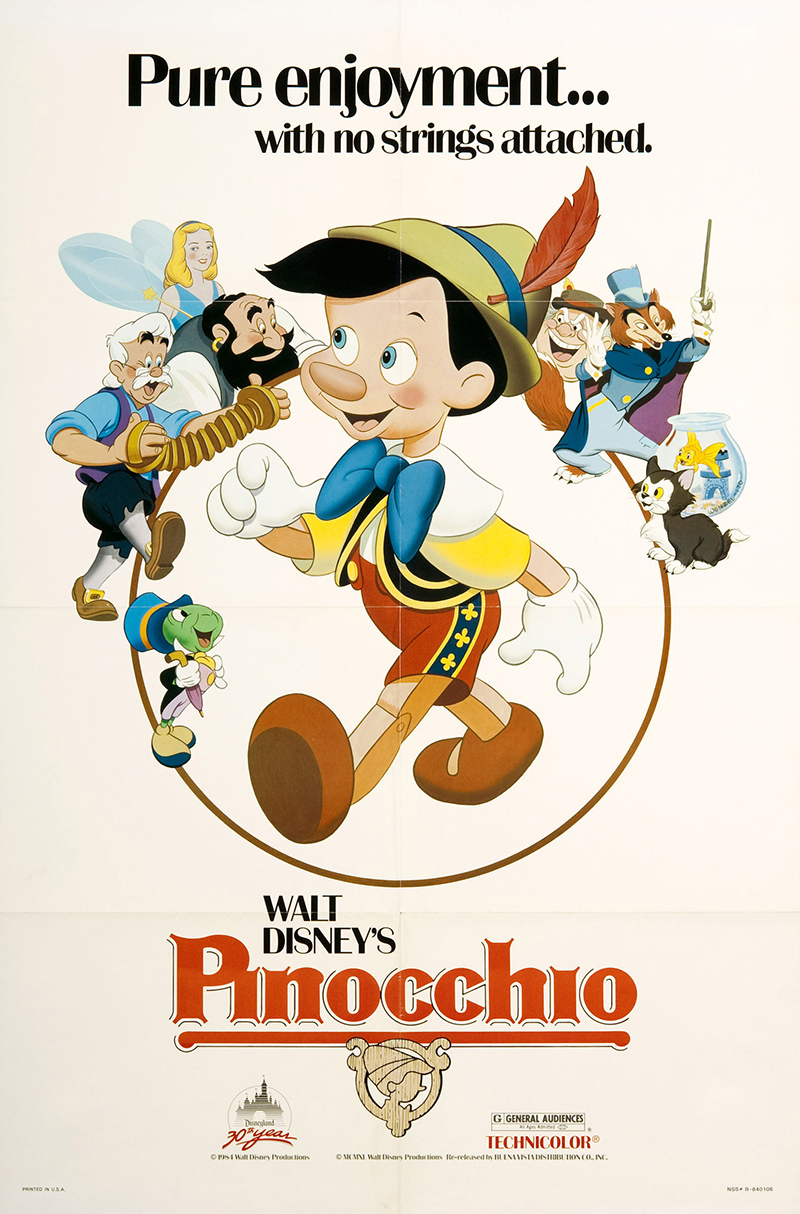