Four young cowboys, Jeb, Rondo, Mule and Davy ride into Trail City, Texas figuring on taking over for a while. Rancher Sam Christy, with a paralyzed right arm refuses to get involved against them, and Kate Miller calls him a coward. When Jeb kills the timid Sheriff McCauley, Sam goes to his ranch to get his gun. The boys are waiting for him there, and Ellie Walters goes to his ranch and finds him badly beaten up by Mule. The young Davy, shocked by the killing of the sheriff, quarrels with Jeb. He goes off alone and Sam captures him. Rondo, tries to force his attentions on Ellie, who shoots him when he draws a knife on Sam. The latter kills Mule in a knife fight, and Jeb bursts out of the saloon with two guns blazing. Sam shoots and kills him. The townsmen are for hanging Davy but Sam, realizing the young boy was the victim of a situation he didn’t know how to handle—and one that the town should have never let develop—tells him to just go home. Sam and Ella watch as the boy rides slowly out of town.

Also Featuring the Cast of The Plunderers 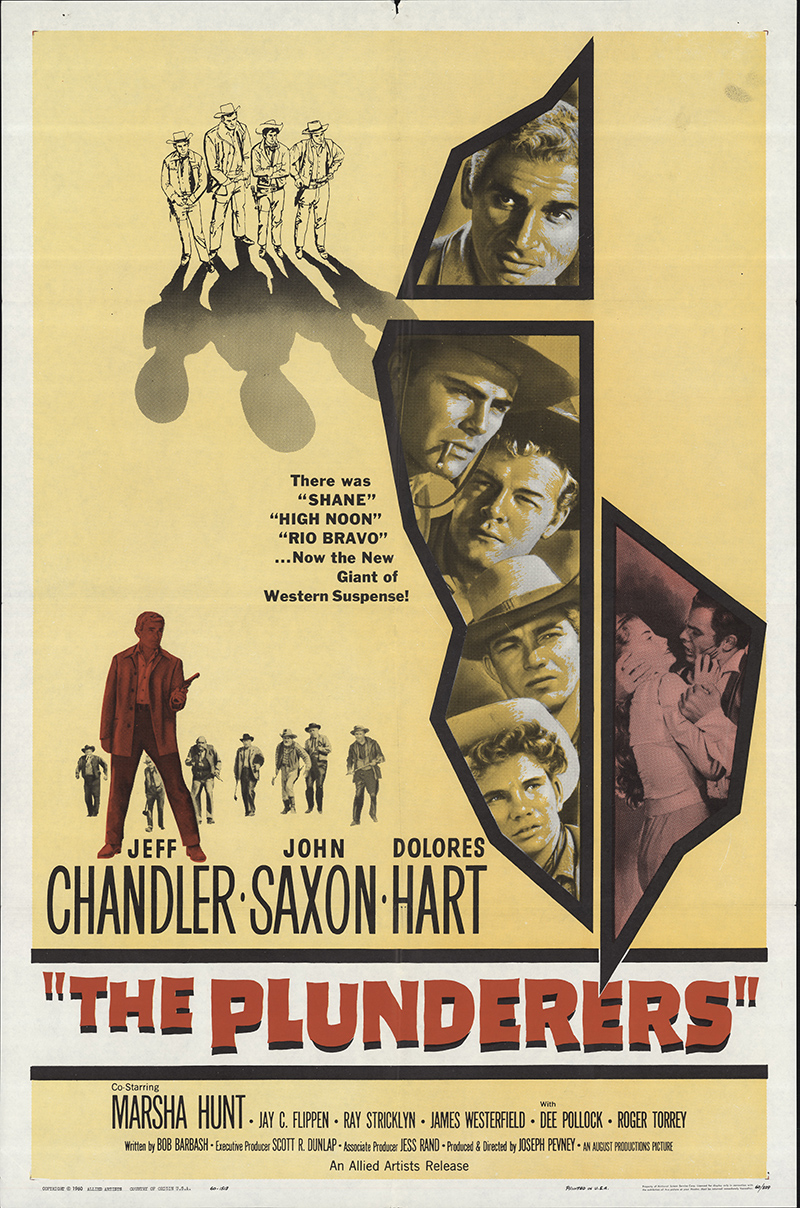