1954. The sexual hijinks of a group of mid-teen male students of Angel Beach High School in Florida are presented. Their main goal is to lose their collective virginity. In the process, they embark on games of sexual innuendo with their female classmates, as witnessed by the activities of Billy, Tommy and Pee Wee in their secret surveillance. Pee Wee is the most desperate, that desperation which gets him into one predicament after another, especially as he is the butt of many a prank. A side issue for Tim, basically a good guy, is dealing with his learned racism, which comes to the surface with the arrival to their school of new student, Jewish Brian Schwartz. The sexual pursuits at the school are not limited to the student body as new boys Phys Ed coach, Roy Brackett, has a mutual attraction with cheer-leading coach, Miss Lynn Honeywell, who doesn’t want to go all the way; Coach Brackett’s goal is to find out why Coach Warren has nicknamed Miss Honeywell “Lassie”. All these goings-on offend the sensibilities of female Phys Ed coach, Miss Beulah Balbricker, who takes it upon herself to maintain the moral standards of the school. The boys’ mission seems to be stalled, so Mickey, whose brother Ted is the local sheriff, suggests they go to Porky’s, a bar and unofficial brothel in neighboring Wallacetown in the middle of the Everglades, to lose their virginity. Porky’s is owned by the violent Porky, whose actions are supported by his sheriff brother. The boys’ experience at Porky’s leads to a continuing feud between the boys and Porky and his posse, the boys’ collective anger fueled by Mickey. They will learn that they may not be able to beat Porky with their fists, but may be able to do so with a little ingenuity, which may hurt Porky more in the long run.

Also Featuring the Cast of Porky’s 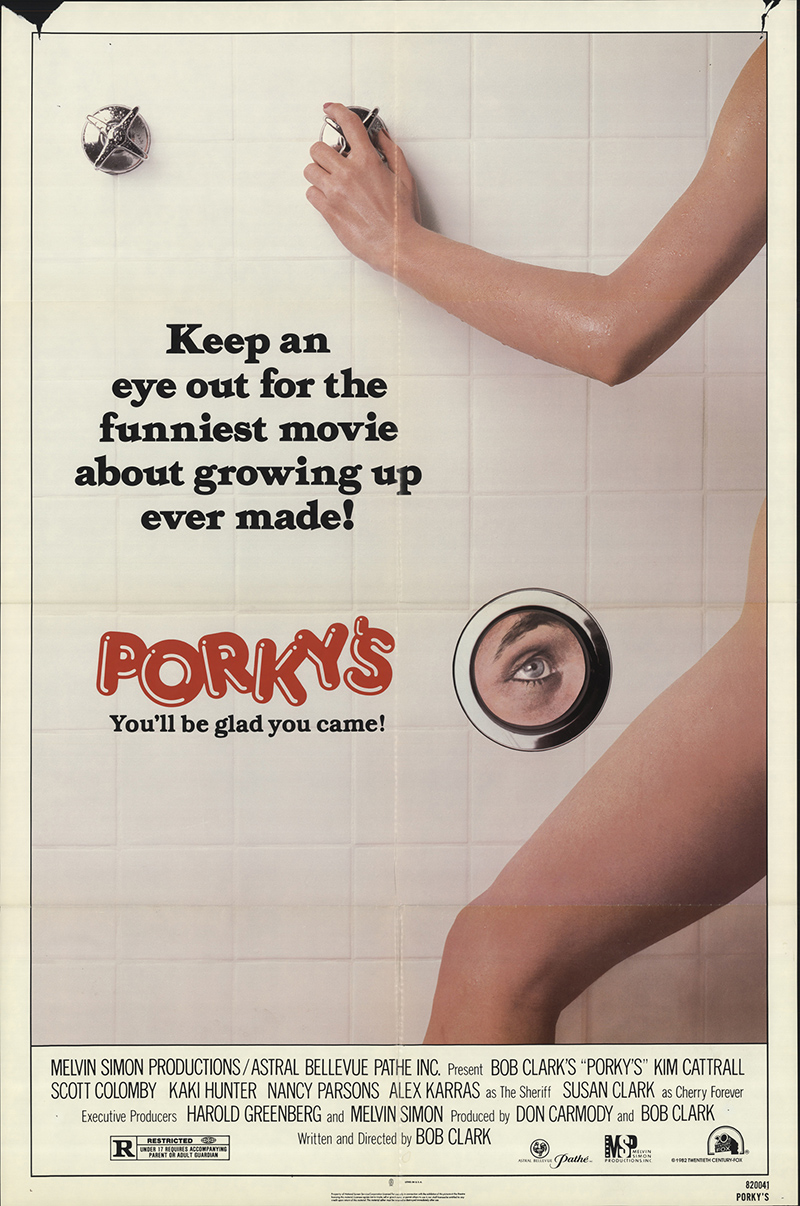