Condition Note: Condition: Good. Heavy edge wear, wrinkling and scuffing throughout, some staining along borders, tears and some creasing on all borders with some missing paper and some tape reinforcement on back, single-sided, stored flat

English trout fisher Rudolf Rassendyll is about the only tourist not coming for the coronation of Central-European King Rudolf V at Strelsau, but happens to be a distance relative and is approached on account of their canning resemblance to stand in for the drunk king, in order to prevent his envious half-brother Michael, who arranged spiking his wine to seize the throne when the reputedly less then dutiful Rudolf stays away. The ceremony goes well, and he gets acquainted with the charming royal bride, related princess Flavia, but afterward the king is found to be abducted; he must continue the charade and once the hiding place, the castle of Zenda, is found is involved in the fight between political parties for control over Rudolf V, his the throne and his bride, for which a formidable third candidate, Michael’s disloyal co-conspirator Rupert of Hentzau, was waiting in the curtains.

Also Featuring the Cast of The Prisoner of Zenda 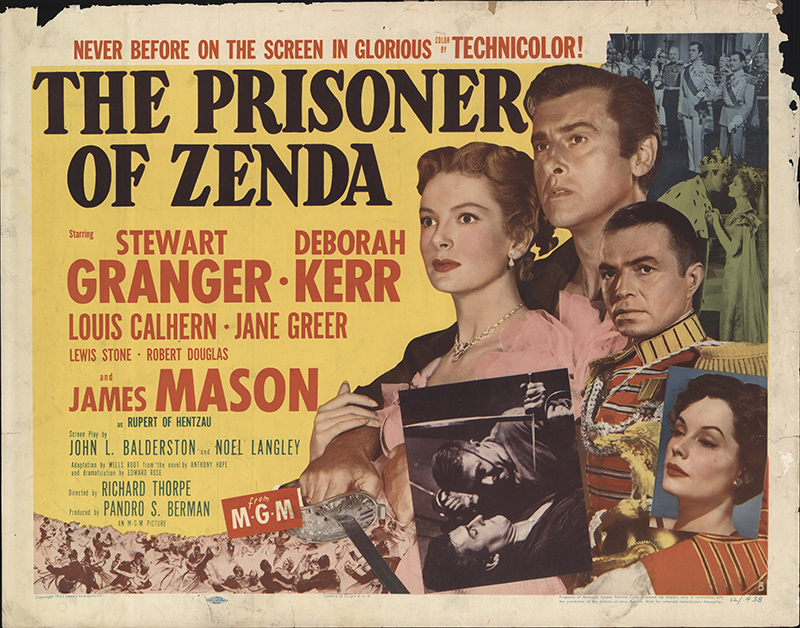