Christine (Phoebe Cates), a student at an exclusive all-girls private school, is in love with Jim, who attends an academy for boys nearby. Christine’s arch rival Jordan also has her eye on Jim, and she is willing to do whatever she can to steal him away. Jim’s uber-slob buddy Bubba is going with Betsy, Christine’s cynical friend, though he would probably be unfaithful if any other woman were willing to get near him. Bubba and his pals sneak into the girls’ school dressed in drag in hopes of reaching the Promised Land (better known as the women’s shower room), while Christine and Jim run away together for the weekend, though their escapade isn’t as romantic as they had hoped. 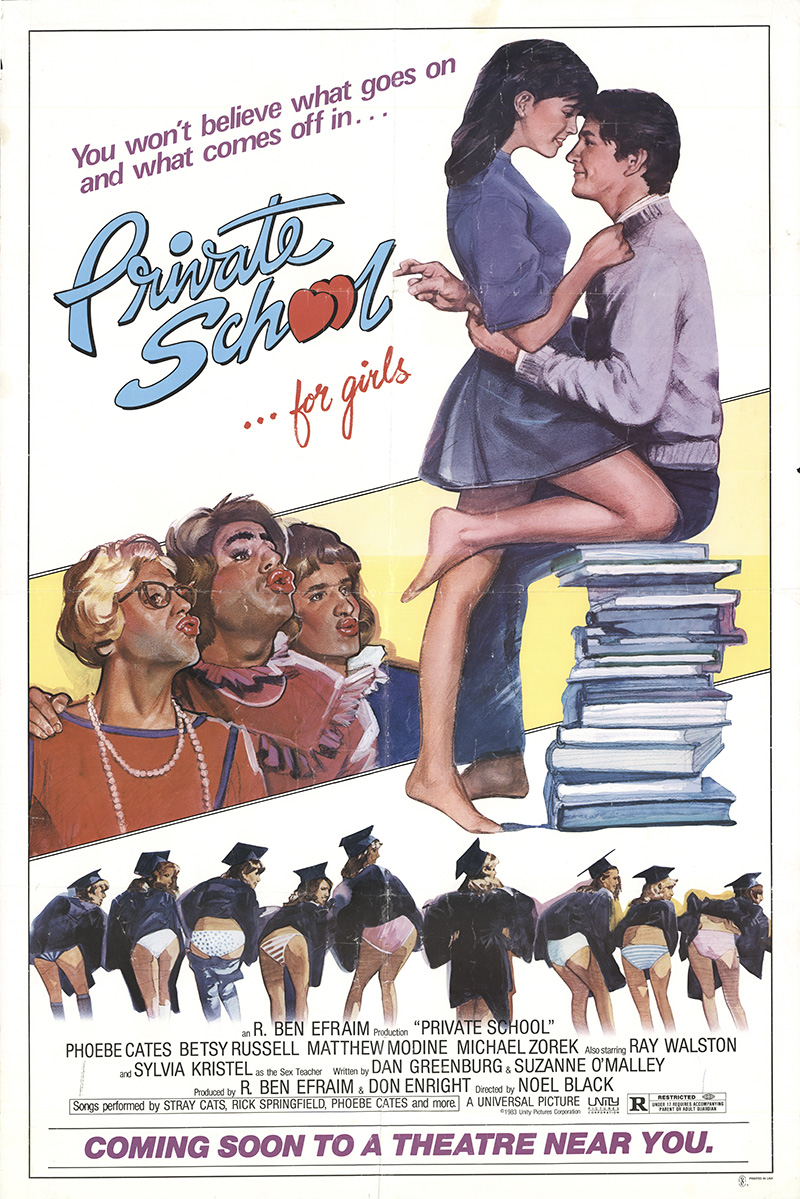