Charley Partanna is a hit-man who works for the Prizzis, one of the richest crime syndicate families in the country. Unbeknownst to Charley,the Prizzis just hired Irene Walker, a free-lance killer, to eliminate someone who double-crossed them. When Irene and Charley fall in love their jobs become complicated. Their jobs become impossible when each is given a contract that neither can go through with. Prizzi’s Honor, the 1985 John Huston Mafia mobster organized crime hit-man-and-woman black-comedy (“Hired killers by day. Devoted lovers by night. Until they found out their next assignment was each other.”; “From the novel by Richard Condon”; nominated for the Best Director and Best Picture Academy Award) starring Jack Nicholson (in his nominated for Best Actor Academy Award role), Kathleen Turner, Angelica Huston (in her Best Supporting Actress Academy Award winning role), Robert Loggia, John Randolph, Lee Richardson, Lawrence Tierney, William Hickey (in his nominated for Best Supporting Actor Academy Award role), and Stanley Tucci 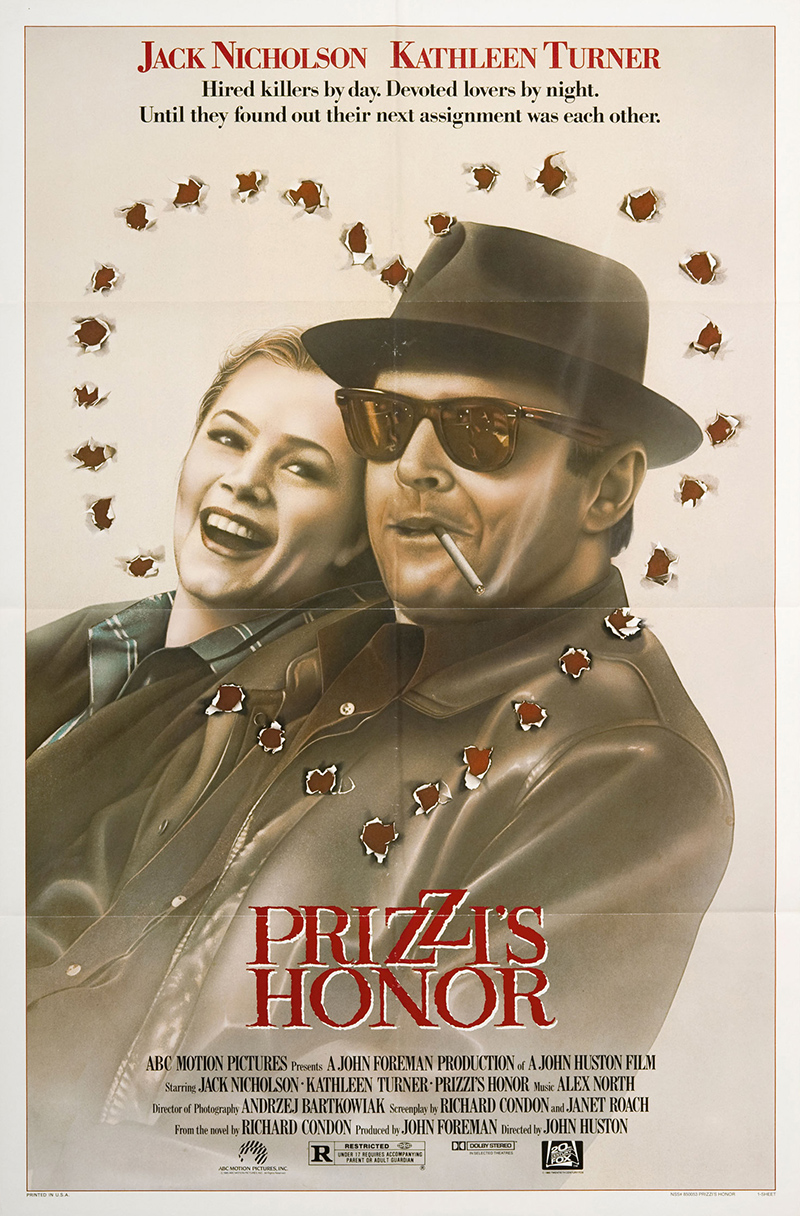