“Some people lose their faith because Heaven shows them too little,” says Thomas Daggett. “But how many people lose their faith because Heaven showed them too much?” Daggett nearly became a priest; now he’s a cop. He may want to put religion behind him, but one morning a weird, eyeless, hermaphroditic corpse turns up. Suddenly he is on a path that will put him right in the middle of a war in Heaven. And once again, Heaven will show him too much: gore, blood, charred flesh, living corpses and much worse. Even more central to the heavenly war effort is a young girl. This American Indian child has something Gabriel wants. And Gabriel is willing to kill her and anyone in his path – or even reanimate a corpse or two – to get it.

Also Featuring the Cast of The Prophecy 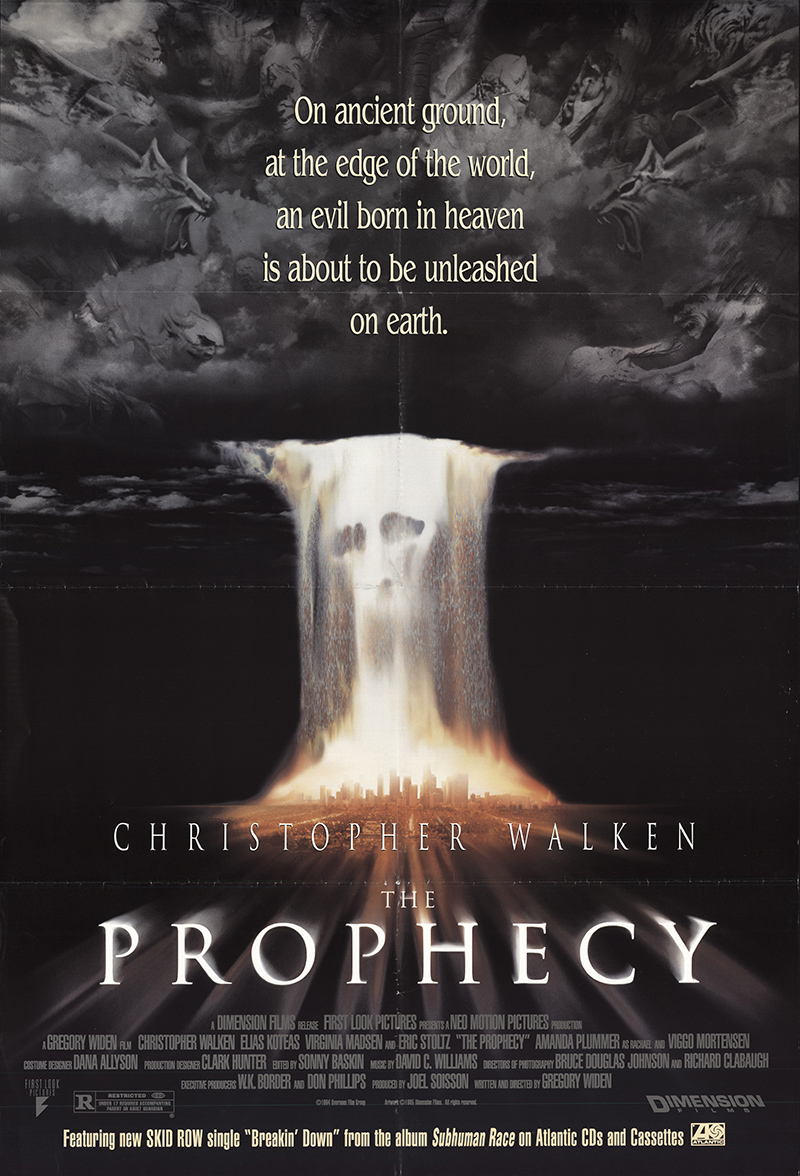