Condition Note: (VF) Pinholes on upper left and right corners, in white. Slight fold separation at center fold, and center fold, upper quarter. Slight color transfer on the "PS" of the title on the lower third of the poster. Folded

Inspector Holloway is investigating a series of brutal murders in which a doll of each victim is found at the scene. The dolls, as it turns out,were purchased by the crippled Mrs. Von Sturm, whose home is overcrowded with a doll collection. Her pale, wide-eyed, neurotic son is the prime suspect and the daughter of one of the victims discovers the shocking truth. The Psychopath, the 1966 Freddie Francis English horror thriller (“Mother, May I go out to kill?”; “Don’t cross the path of ‘The Psychopath’ unless you’re tired of it all!”; “A new peak in shriek!”; “Written by Robert Bloch”; “Blow-torched in an artist’s studio!”; “Hanged in a junkyard maze!”; “Car-battered in a black and bloody alley!”; “Stilettoed in a rain-drenched rendezvous!”; “Written by Robert Bloch”) starring Patrick Wymark, Margaret Johnston, Alexander Knox, John Standing, and Judy Huxtable

Also Featuring the Cast of The Psychopath 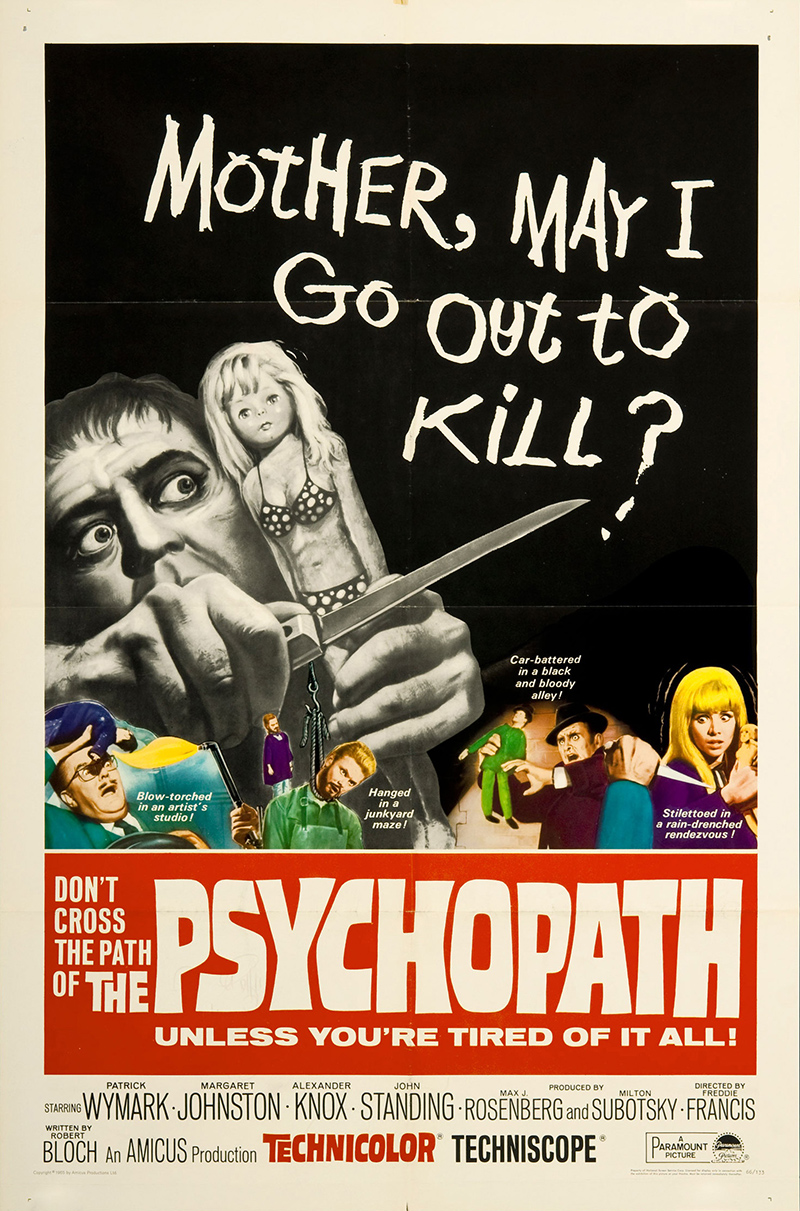