Chris embarks on an odyssey of self-discovery that spans the globe. Kidnapped and enslaved by gun smugglers, sold by pirates and thrust into the murky underworld of gambling and kickboxing, Chris’ journey takes him to forbidding Muay Thai Island where deadly martial arts are taught, the colonial splendor of British East Asia, the dank back alleys of Bangkok, desolate deserts once trod by the warriors of Genghis Khan and finally, the ancient Lost City. There he must face the ultimate test of his manhood in the fabled Ghang-gheng, the ancient winner-take-all competition in which the deadliest fighters from around the world employ the most spectacular feats of martial arts skills ever displayed in order to win the prized Golden Dragon. But fighting prowess alone will not be enough for Chris to triumph over such daunting foes. He must reach deep inside and access all of the determination. The Quest, the 1996 Jean-Claude Van Damme martial arts action adventure thriller (“A lost city. A man of destiny. A test of honor.”;”Go the distance”) starring Jean-Claude Van Damme, Roger Moore (best remembered for his portrayal of the title character in some of the James Bond movies), James Remar, Janet Gunn, and Jack McGee

Also Featuring the Cast of The Quest 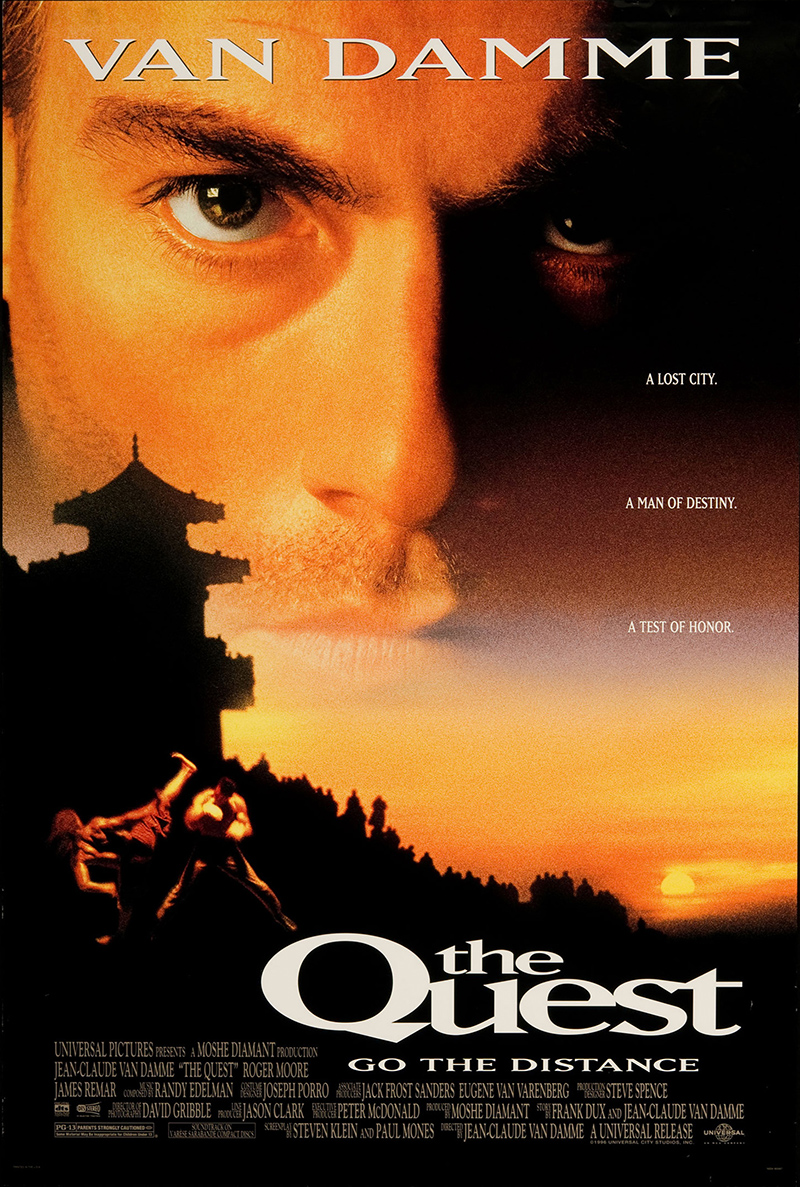